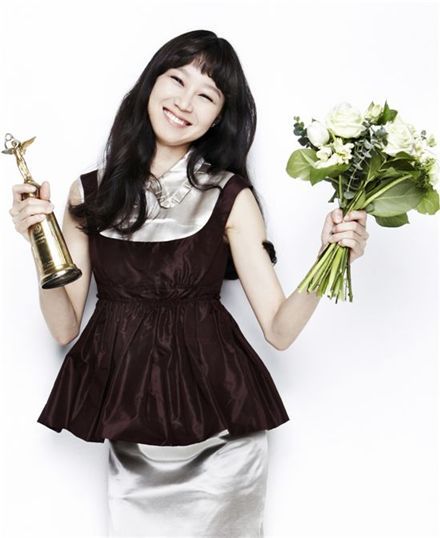 Korean actress Gong Hyo-jin has been selected one of the top ten actors of Asia by China Entertainment TV (CETV), according to her agency N.O.A. Entertainment on Friday.

N.O.A. announced through a press release that the actress will be leaving for China today to attend the award ceremony, to be held Saturday evening at Shenzhen Convention & Exhibition Center in Shenzhen, China.

Celebrating its sixth anniversary, the Chinese broadcaster had asked viewers to cast votes for top ten actors in Asia. Fans' voting had taken place every year with stars from China, Hong Kong, Taiwan and Japan being awarded the title.

This year, Korean actresses Kong and Kim Nam-joo made the list with the success of their hit TV series "Pasta" and "My Wife is a Superwoman", respectively.

Kong making the top ten is considered particularly significant since "Pasta" is scheduled to air in China later this year with major Chinese media outlets planning a grand promotion for the culinary drama.

"Pasta" is a story about the romance between two chefs, played by Kong and actor Lee Sun-kyun, who work together in an Italian restaurant. The series received positive reviews from critics and viewers alike and scored solid ratings during its run in Korea earlier this year.

The 30-year-old actress debut in the 1999 horror pic "Memento Mori" and has since appeared in numerous television dramas and films.

Some of her most notable works include dramas "Ruler of Your Own World" (MBC, 2002), "Sang Doo! Let's go to school" (KBS, 2003) and film "No Manners", co-starring her real-life actor boyfriend Ryoo Seung-bum.

"Gong Hyo-jin makes top ten Asian actors list in China "
by HanCinema is licensed under a Creative Commons Attribution-Share Alike 3.0 Unported License.
Based on a work from this source