Gong Myung is a hot genius guitarist in 'Entertainers' 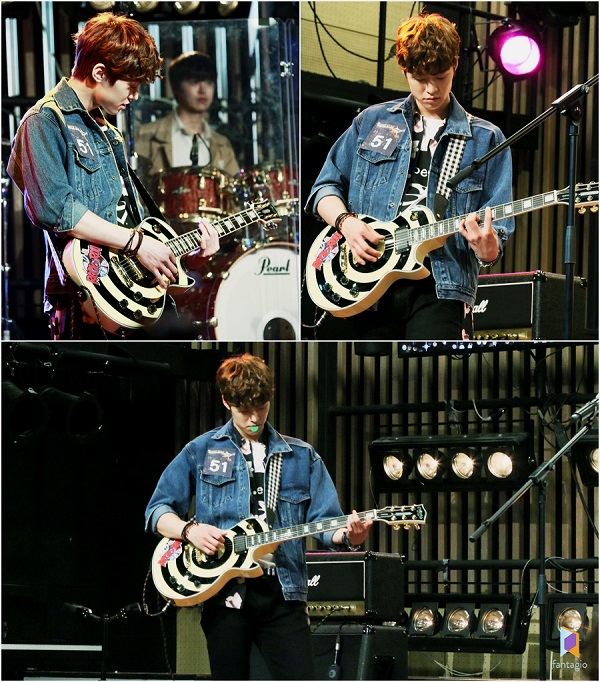 In the revealed images, Gong Myung indulges in playing an electric guitar. To bring his character, Kyle a guitarist to life perfectly, he died his hair with bright colour and changed into the punky outfits.

Gong Myung has been practicing guitar repeatedly to bring his character to life successfully. Since he never played an electric guitar previously, he has been practicing day and night. With the huge improvement, he now actually can play the guitar during filming on the set.

His character Kyle is a genius guitarist who was accepted to Julliard School when he was very young. He is somewhat narcissistic as he loves his own playing. The free-spirited soul all of sudden quits school and returns to Korea. However, Kyle who could not deal with the unexpected practical side of daily life well, joins band 'Ddanddara' after he met Sin Seok-ho (Ji Sung). And then his success story begins.

"Gong Myung is a hot genius guitarist in 'Entertainers' "
by HanCinema is licensed under a Creative Commons Attribution-Share Alike 3.0 Unported License.
Based on a work from this source