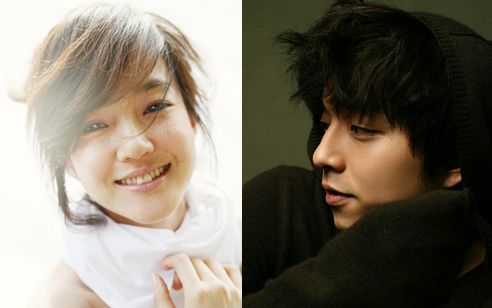 Korean actor Gong Yoo and actress Im Soo-jung have been slated to star in a new film tentatively titled "Finding Mr. Destiny", according to their agency N.O.A Entertainment on Thursday.

N.O.A stated that the two actors were cast to play the lead roles in the musical-turned-movie, based on a comical story of a woman who during her trip to India re-encounters her first love and tries to see him again.

Im, appearing in a romantic comedy pic for the first time, will be taking the role of woman who meets her first love and Gong Yoo the man who helps Im's character find her love.

The original musical, which began its run in 2006, has been performed over 1,200 times on stage and is considered a hit in the local musical industry.

Gong Yoo, whose real name is Gong Ji-cheol, debuted in 2001 in KBS TV series "School 4" which was also Im's small screen debut. He has appeared in more than a dozen dramas and films including "My Tutor Friend", "S Diary" and "She's on Duty".

He became a household name throughout Asia after his role in 2007 smash hit drama "Coffee Prince" with actress Yoon Eun-hye.