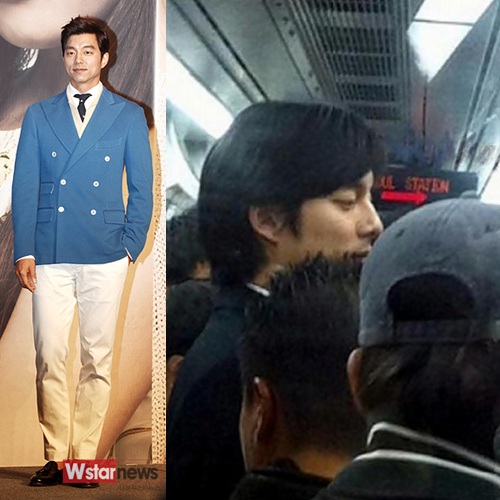 Gong Yoo was on the subway according to a picture.

A picture titled, "Gong Yoo in the subway" was posted on an online community recently.

In the picture, Gong Yoo is wearing a neat suit with neat hair and is standing in the middle of the subway along with other people, looking tall.

He seems like he's going to work but it's a picture from the movie "Silenced".

Netizens say, "He looks good there too", "He's tall so he's comparable to the others" and more.

Meanwhile, Gong Yoo has been cast for the role of Ji Dong-cheol in the movie "The Suspect".

"Gong Yoo on the subway 'eye catching'"
by HanCinema is licensed under a Creative Commons Attribution-Share Alike 3.0 Unported License.
Based on a work from this source