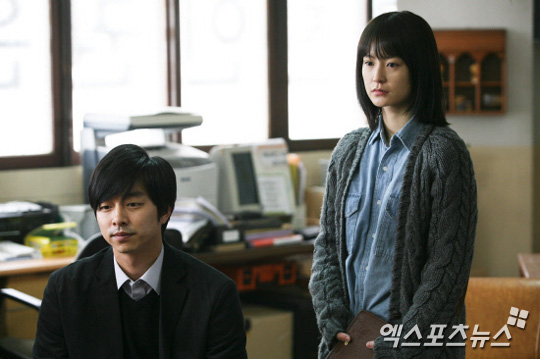 Gong Yoo expressed his opinion about his acting change at the movie preview of "Silenced".

At the Seoul Wangsibli CGV movie preview that took place on the 22nd, Gong Yoo said, "The word 'change' pressures an actor. I don't attempt to change but I do my best in the given circumstances" when he was asked about change.

He said, "All throughout "Silenced" I was worried I was ruining the movie with just my eagerness. I felt bad the whole time but I was happy while filming it".

He added, "I was happy that a novel like "Silenced" could be made into a movie".

Meanwhile, "Silenced" is to be released on the 22nd.

"Gong Yoo, "The word 'change' puts pressure""
by HanCinema is licensed under a Creative Commons Attribution-Share Alike 3.0 Unported License.
Based on a work from this source