Gong Yoo to Hold Fan Meeting in Tokyo and Osaka 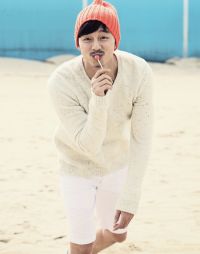 Actor Gong Yoo, who has emerged as a hallyu star for his roles in the TV dramas "One Fine Day" and "Biscuit Teacher And Star Candy", which aired in Japan, will hold a large-scale fan meeting tour in Japan following his previous fan meeting in August last year.

Entitled "Remember Yoo 2007", the tour will begin April 21 in Tokyo at Setagaya and move the next day to Osaka at the NHK Hall.

Gong has received rave reviews for his role in the Japanese movie "Like a Dragon", which opened March 3. In the movie, Gong plays an undercover sniper named Park Chul.

Based on the same-titled computer game, the movie depicts an intricate and thrilling series of incidents occurring one night in Shinjuku.