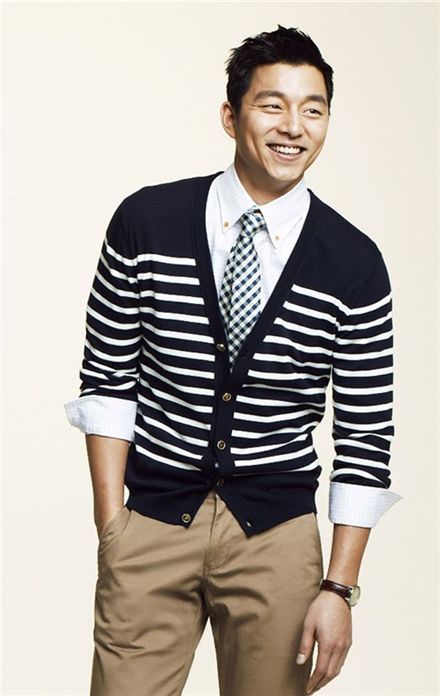 N.O.A announced that Gong Yoo was invited by Fuji TV to attend an event titled "Coffee Prince 1.5th Shop IN United States of Odaiba" at Odaiba in Tokyo on August 22, where he will meet with about 2,000 fans to speak about filming the drama and participate in quizzes and games.

He will then hold a press conference with local media including Yomiuri Shimbun, Hallyu Pia and Hanako.

"Coffee Prince" made its premiere in Japan on August 11 as part of Fuji TV's "Hallyu Alpha Summer Festival", airing for the first time after it finished its run in Korea three years ago.

Fuji TV has shown other hit dramas for the drama fest including SBS' "You're Beautiful" and "Shining Inheritance".

Gong Yoo, whose real name is Gong Ji-cheol, made his debut in KBS TV series "School 4" in 2001. He has appeared in more than a dozen dramas and films including "My Tutor Friend", "S Diary" and "She's on Duty".

He first became a household name throughout Asia in the 2005 SBS' drama "Hello My Teacher" and in "Coffee Prince" with actress Yoon Eun-hye.

"Gong Yoo to promote "Coffee Prince" in Japan "
by HanCinema is licensed under a Creative Commons Attribution-Share Alike 3.0 Unported License.
Based on a work from this source