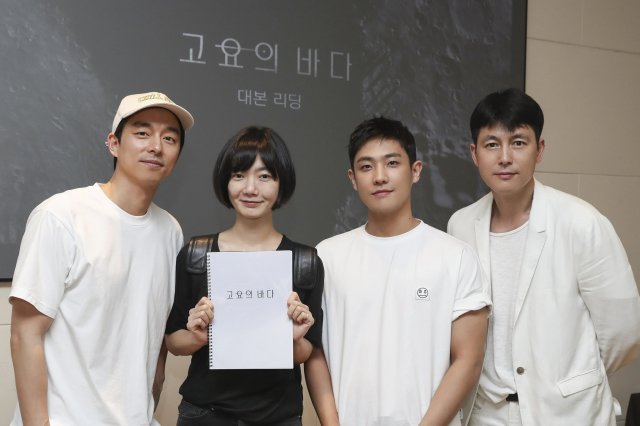 Actors Gong Yoo, Bae Doona and Lee Joon have been cast for "The Silent Sea" which is produced by actor Jung Woo-sung.

Netflix announced on the 8th that Bae Doona, Gong Yoo and Lee Joon will be starring in actor Jung Woo-sung's first production.

The drama deals with a space mission to collect abandoned research samples from the moon.

Gong Yoo will be playing the role of team leader Han Yoon-jae. His priority is the safety and survival of the crew, being aware of a previous tragic accident involving the research sample's past. He goes head to head with doctor Song Ji-an who's first priority is gathering samples.

The role of the research doctor, named Song Ji-an, will be played by Bae Doona, who is seeking to expose the accident publically.

Lee Joon will play Ryoo Tae-seok, an engineer with elite military training with his own reasons for volunteering for such a dangerous mission.

Director Choi Hang-yong, who directed a short film of the same name, re-directed "The Silent Sea" with an extended story. The drama is written by Park Eun-kyo.

"Gong Yoo to Star in "The Silent Sea" With Bae Doona and Lee Joon"
by HanCinema is licensed under a Creative Commons Attribution-Share Alike 3.0 Unported License.
Based on a work from this source