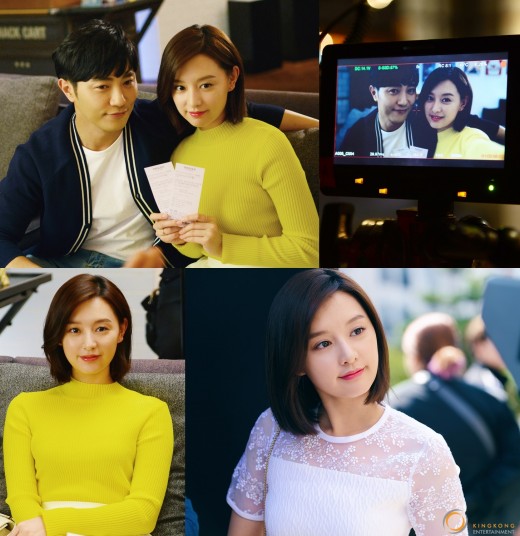 Kim Ji-won and Jin Goo met each other at the studio to shoot a commercial together.

On May 5th Kim Ji-won's agency King Kong Entertainment revealed some of the behind-the-scenes images form their commercial shooting studio.

In the revealed photos, Kim Ji-won and Jin Goo are holding movie tickets side by side and looking at each other. In another photo, Kim Ji-won in a yellow sweater shows off her sweet charms smiling brightly. .

The duo showed off their first class chemistry as the two were loved for their roles as lovers in the smash hit drama, 'Descendants of the Sun' and their appearances in the variety game show, "Running Man".

​Kim Ji-won is currently following her commercial shooting schedules and reviewing her options for her next appearance.

"Goo-Won couple meet again: Kim Ji-won and Jin Goo co-star in a campaign "
by HanCinema is licensed under a Creative Commons Attribution-Share Alike 3.0 Unported License.
Based on a work from this source