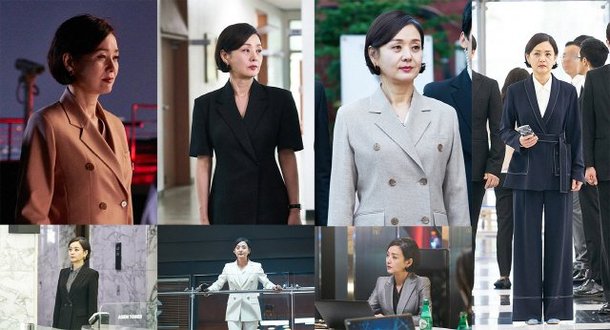 MBN drama "Graceful Family" stars Bae Jong-ok as Han Je-gook, a charismatic character. Her styling in the drama is as attractive as her performance.

First, Han Je-gook's fashion is mostly cold, but calm. She mostly wears black and navy tones, looking sophisticated and chic. She sometimes adds pink or white for a touch of femininity and goes for the basic look for modernity. She adds earrings or belts for a one-point touch to the simple looks.

""Graceful Family" Bae Jong-ok's Fashion Styling"
by HanCinema is licensed under a Creative Commons Attribution-Share Alike 3.0 Unported License.
Based on a work from this source