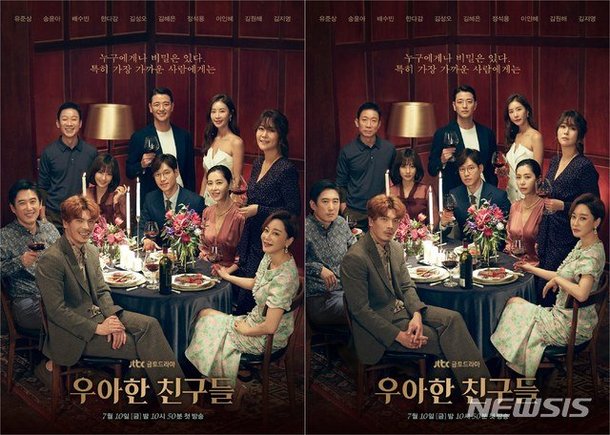 "Graceful Friends" revealed all the 10 characters that arouse mystery.

The upcoming jTBC drama "Graceful Friends" revealed two main posters that capture the reversal of expression of the 10 characters.

"Graceful Friends" is a mystery drama about friends of 20 years and their companions, whose sudden death of a friend caused a rift in their lives. The changes and cracks that come to them at the midpoint in their lives give them a sense of reality and stimulate thrilling suspense.

"Graceful Friends" is also greatly looked forward to because jTBC has had consecutive hits with recent dramas "Itaewon Class" and "The World of the Married".

The main posters feature the two faces of the 'graceful' 10 friends invited to a secret party. The friends are staring at one place with bright smiles, looking amicable. But in the other poster, they show a stark contrast, creating a strange atmosphere.

"Everyone has a secret", the production team said. "It will be interesting to see characters who are realistic and have secrets that cannot be told. The events and accidents that take place in their ordinary daily lives come and go with pleasant yet thrilling suspense, making it more mysterious than ever".

Meanwhile, "Graceful Friends" is helmed by Song Hyeon-wook and written by Park Hyo-yeon and Kim Gyeong-seon. 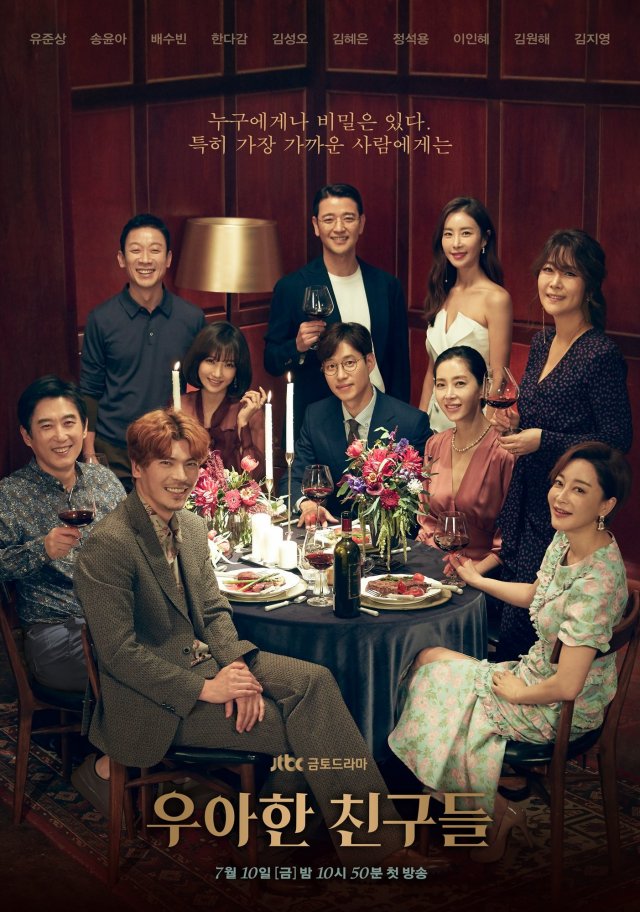 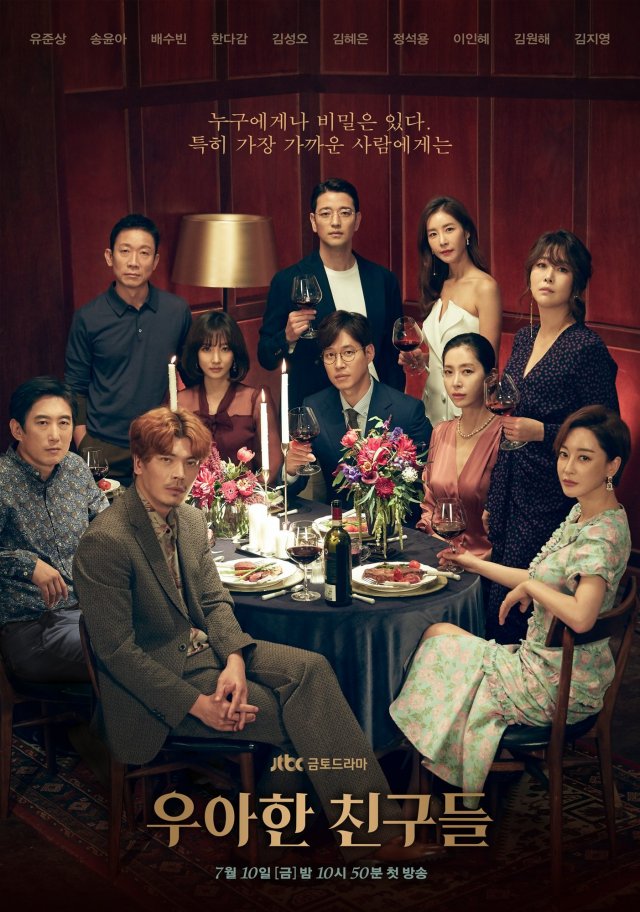 ""Graceful Friends" Reveals Contrasting Posters of All 10 Characters"
by HanCinema is licensed under a Creative Commons Attribution-Share Alike 3.0 Unported License.
Based on a work from this source