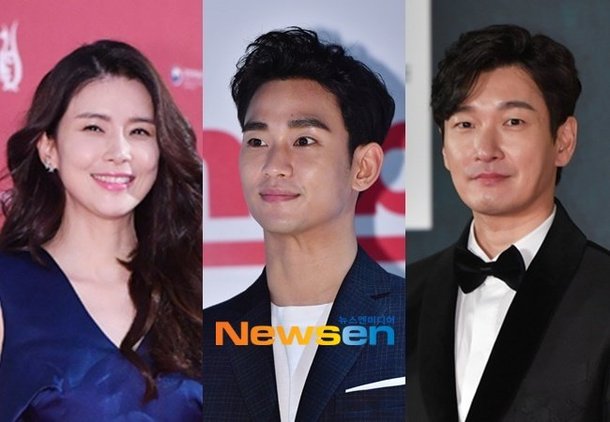 Grand Prize winners are coming back with dramas.

Lee Bo-young, who won the 2013 SBS Best Actress for the SBS drama "I Hear Your Voice", is coming back with the tvN series "When My Love Blooms". It's a story about a man and a woman who are each others' first loves, meeting again 20 years later and sharing deeper love. Lee Bo-young takes on the role of Yoon Ji-soo, a woman who was born into a wealthy family, but goes through the hardships of life as time passes.

Kim Soo-hyun, who took home the KBS Best Actor Award in 2015, is returning with the new tvN drama "It's Okay to Not Be Okay", a fantasy romantic drama about a psychiatric ward caregiver and an impulsive fairy tale writer suffering from antisocial personality disorder. It is Kim Soo-hyun's first drama since his military discharge a year ago. He made cameo appearances in the tvN drama "Hotel Del Luna" and "Crash Landing on You", spiking interest in his own return to the screens.

Cho Seung-woo, who won the 2012 MBC Best Actor Award for "The Horse Healer", is back with "Secret Forest 2", an internal secret-tracking drama about a lonely prosecutor who doesn't feel emotions, and a warm and just detective that delve into the prosecutor's sponsor murder case. It aims to continue the story from season 1.

"Grand Prize Winners Lee Bo-young, Kim Soo-hyun and Cho Seung-woo Return to TvN Dramas"
by HanCinema is licensed under a Creative Commons Attribution-Share Alike 3.0 Unported License.
Based on a work from this source