Grown-up "The Sun and The Moon" 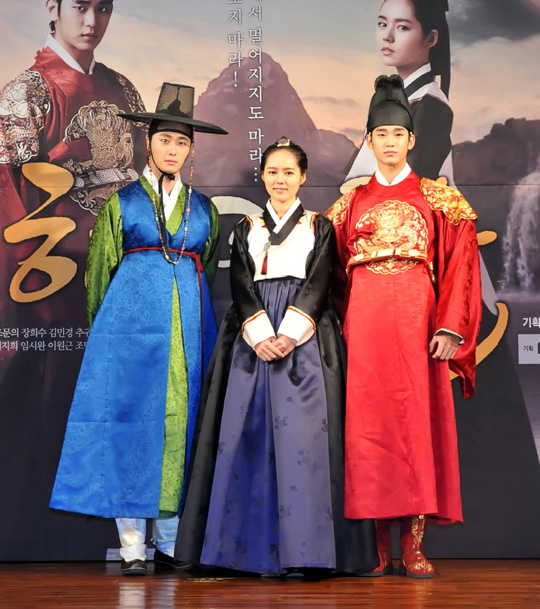 As the popularity for MBC drama "The Sun and the Moon" rises everyday, viewers are very much looking forward to the episodes where the main characters are finally grown-up.

"The Sun and the Moon" will star Han Ga-in, Kim Soo-hyun and Jung Il-woo beginning with the sixth episode on January 19th.

Initially, the 'grown-up' episodes weren't to begin until the seventh episode, January 25th. However, the popularity of the drama pulled the date forward a little.

Kim Soo-hyun, Jung Il-woo and Han Ga-in started shooting at the start of this month. Han Ga-in has also been busy with the movie "Architecture 101".

"The Sun and the Moon" currently has child actors and actresses Kim Yoo-jung, Yeo Jin-goo, Lee Tae-ri, Im Si-wan, Lee Won-geun and others performing. They are friendly faces we've seen in other works and as singers. Yeo Jin-goo, Lee Tae-ri, Im Si-wan and Lee Won-geun are called 'pretty boys' for their good looks. These kids actors will soon turn into Han Ga-in, Jung Il-woo, Kim Soo-hyun, Song Jae-hee and Song Jae-rim in future episodes of the drama.

"The Sun and the Moon" is the love story of imaginary king Lee Hwon and shaman/exorcist Heo Yeon-woo. The first episode of this drama scored 18.0% in the ratings, and 19.9% with the second episode.

"Grown-up "The Sun and The Moon" "
by HanCinema is licensed under a Creative Commons Attribution-Share Alike 3.0 Unported License.
Based on a work from this source