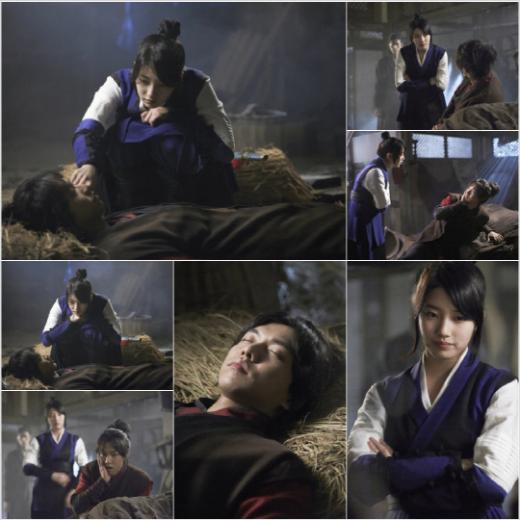 Lee Seung-gi and Suzy met for the first time as the main characters of the drama "Gu Family Book".

According to their agencies, Choi Kang-chi (Lee Seung-gi) and Dam Yeo-wool (Suzy) met for the first time to make a scene for the MBC drama "Gu Family Book".

Lee Seung-gi is a half man half beast who is reckless and eager and Suzy is Dam Yeo-wool, an outstanding martial arts master.

Pictures revealed show Suzy staring at Lee Seung-gi who is passed out on the ground and Lee Seung-gi creating a perimeter around her.

Apparently their first acquaintance was a success and they had a fun time practicing their lines together.

Park Tae-yeong the general producer of the drama said, "They are so good looking together it's hard to explain. They are attempting at an action and historical drama for the first time but they are working really hard".

""Gu Family Book" Lee Seung-gi and Suzy first meet"
by HanCinema is licensed under a Creative Commons Attribution-Share Alike 3.0 Unported License.
Based on a work from this source