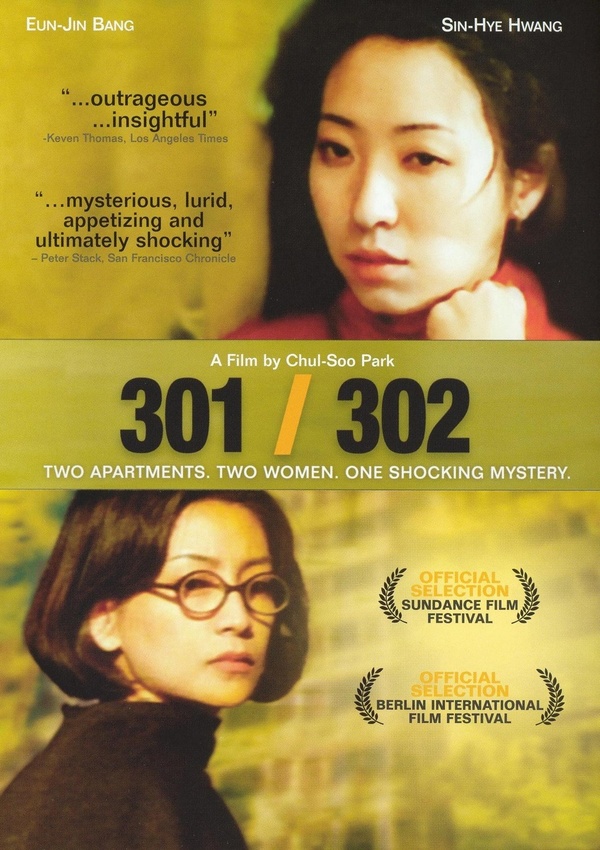 Winner of the 1995 Grand Bell Awards for Best Film, S. Korea's official selection for the Academy Awards for Foreign Film, screenings at Sundance and Berlin are only some of the indications of the importance of "301, 302", one of the films that paved the way for the international acknowledgement of the country's cinema.

The script initiates with a police officer interrogating Song-hee at apartment 301, regarding the disappearance of Yoon-hee, who was living in 302. From that point on, and through flashbacks, the story of the relationship between the two women starts unfolding. Song-hee moves into apartment 301 after her divorce. She has a clear obsession with food: she records all her meals in a journal, she cooks gourmet dishes and is also obsessed with her weight. When she learns that her neighbor, Yoon-hee is anorexic, she starts offering her meals, all the time, which she permanently denies. 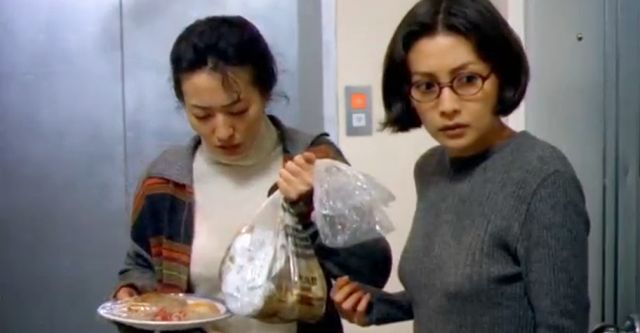 As the story goes even further into the past, through another series of flashbacks, the reasons for their disorders are revealed. Song-hee was trying for years to hold her husband's interest through intricate meals, until the day she learned that he has a mistress. Yoon-hee was a victim of sexual abuse by her stepfather, a butcher.

Park Chul-soo directs the first movie in the history of contemporary S. Korean cinema where feminism is the dominant theme, as the lives of women in the country's society are presented with the darkest colors, despite the evident hyperbole of the script. Apart from that, he focuses chiefly in three axes: Food, the connection between food and sex, and the reasons that led each of the women to their current stance towards it. These axes are presented through the interactions of the two protagonists

The film also stands apart due to three shocking scenes of violence, although the shock does not derive from their graphic depiction, but from the events and the behaviors. The first one is the sequence with Song-hee and her husband's dog, the second when she is trying to force-feed Yoon-hee, and the third is the final scene in their common story. Considering that the movie was shot in 1995, when such scenes where unprecedented, the difficulty and the boldness of including them in the film becomes even more obvious. 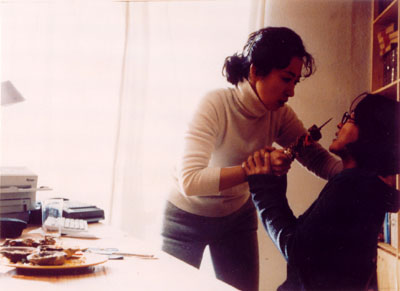 Both the protagonists, Pang Eun-jin as Song and Hwang Shin-hye as Yun are great in their respective parts, as they exemplify their antithesis in eloquent fashion.

The film was shot 21 years ago, and it was low-budgeted, even for that era, and that takes a toll in the technical department, which is highly unimpressive. However, the depiction of everyday life in urban S. Korea is quite accurate.

Furthermore, the pace is quite slow and that makes "301, 302" an even harder film to watch. On the other hand, it is full of meaning and substance, and the three scenes I mentioned will definitely compensate anyone who manages to overcome its technical difficulties.