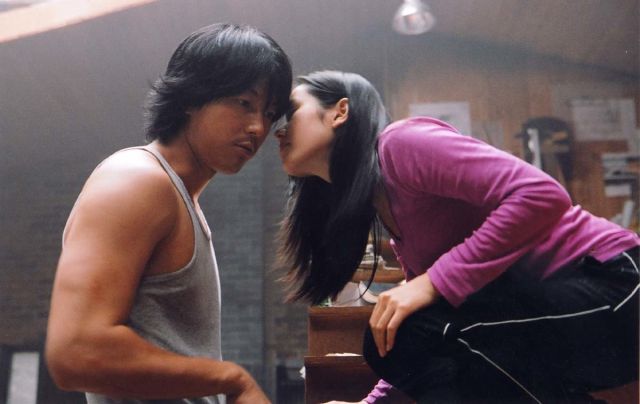 Based on the 2001 Japanese television drama "Pure Soul", John H. Lee's second feature film was his first in the Korean language, and a huge success, becoming the highest grossing domestic film in the romance genre in the history of Korean cinema. Furthermore, upon its release in Japan in 2005, became the most successful Korean film ever in the country.

The story revolves around Cheol-soo, a carpenter working in construction who aspires to become an architect, and Soo-jin, the daughter of the contractor Cheol-soo is working for, and a fashion designer who has been recently spurned by her lover, a colleague who was also a married man. The film is split in two parts. The first one describes the courtship of the two and the second their lives together, which are shattered when Soo-jin is diagnosed with Alzheimer's.

John H. Lee directs a film that includes all the elements a blockbuster should have. Two gorgeous protagonists, who happen to be great actors too, in the roles of the cool tramp and the insecure lady, romance, (melo)drama, humor, flashbacks, fitting music which results in a number of sequences functioning as music videos with the help of some idyllic shots of the various settings, and some minor social comments. In order to include all of the above, Lee stretched the duration of the film to 144 minutes. However, through his elaborate direction and the impressive editing of Steve M. Choe and Hahm Sung-won, the movie is anything but tedious, as it moves rather fast, and in different settings and even genres. In that fashion, the first part is a romantic comedy and the second a drama. This second aspect is where the sole, major flaw of the movie lies, since Lee does not avoid the reef of the melodrama, particularly during the end, which could also be a little briefer. This, however, does not ruin the general quality of the movie, in any way. 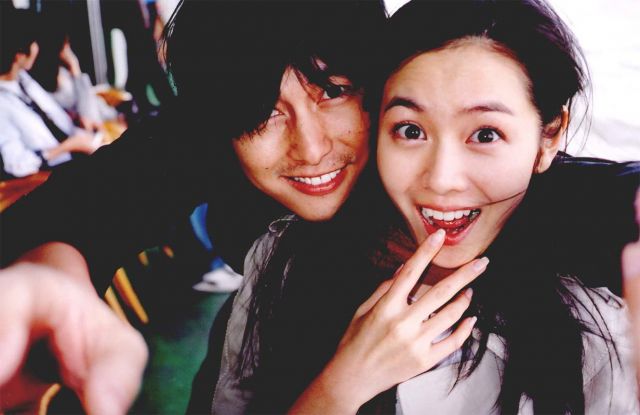 The analysis of the characters is quite thorough, as Lee presents all their struggles, dreams and the issues arising from their various relationships. Initially, Cheol-soo's character seems to be the "deep" one, with Soo-jin functioning only as his love interest. Nevertheless, in the second part, and through her sickness, Soo-jin' depth is also revealed, matching the one of her male counterpart.

Evidently, all of the above could not work if Jung Woo-sung and Son Ye-jin did not give such fitting performances, with their chemistry being one of the highlights of the film. The apogee of their acting is their transformation: Cheol-soo becomes a loving, caring man from a detached and somewhat bitter individual, and Soo-jin a broken, confused woman from a lively and always cheerful one. Lee also drew much from their looks, with Jung Woo-sung presented both as the archetype of the sexy worker and the fashionable gentleman and Son Ye-jin as a combination of sexiness and cuteness, with the small stutter of hers definitely being a major part of the latter, and her impeccable manicure and dressing of the former. 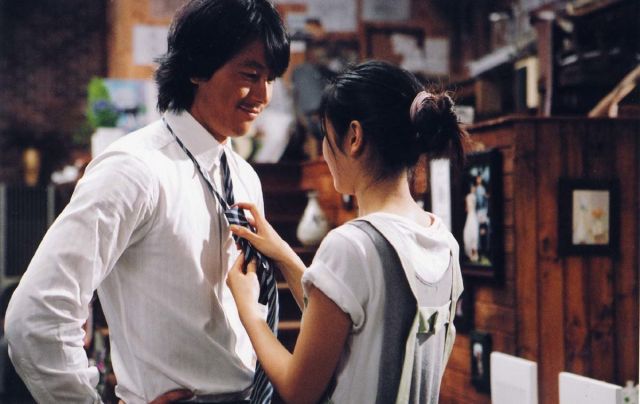 Lee Jun-gyu's cinematography is another great aspect of the film, as he presents a number of images that manage to be "polished" but realistic at the same time, and in very different settings, that adds to the difficulty of his work. The images of the traditional temple, the one in the field where a house is to be built, and the ones where the sun shines through tree branches are the ones that stand out. Along with a number of tracks in Latin rhythms, these images highlighted the fact that Lee must have studied Wong Kar-wai, particularly "In the Mood for Love", although he does not reach the standards of the Hong Kong master.

"A Moment to Remember" is an impressive production that manages to surpass the borders of the "chick flick" by far, through its direction, acting and technical prowess, and is definitely one of the best romantic dramas the country has ever produced.

"A Moment to Remember" is directed by John H. Lee and features Jung Woo-sung and Son Ye-jin.

"[Guest Film Review] "A Moment to Remember""
by HanCinema is licensed under a Creative Commons Attribution-Share Alike 3.0 Unported License.