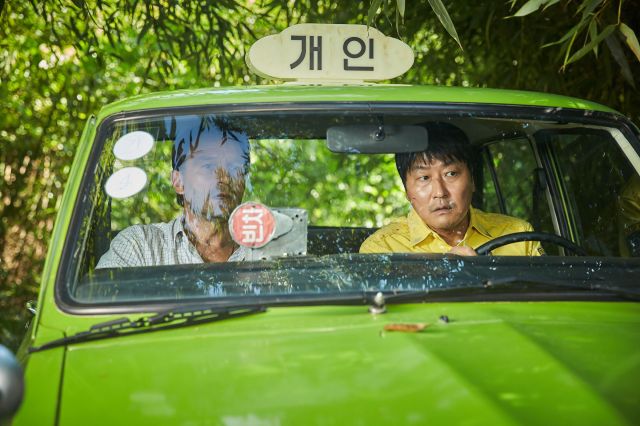 The Gwangju Uprising has been a recurring theme in S. Korean cinema, with "A Petal", "National Security", and "May 18" being among the most renowned samples. Jang Hoon, who gave us the masterful "Rough Cut" in 2008, takes a shot at the theme, through a script based on the true story of a taxi driver and his passenger, a German reporter.

The aforementioned driver is Man-seop, a widower living with his 11-year-old daughter, trying to make ends meet, although he rarely succeeds, being in debt, and having very little money. His only friend seems to be his landlord, although he owes him rent money also. In an instance where the two of them are eating in a restaurant filled with taxi drivers, he overhears one saying that he has a drive to Gwangju scheduled, that pays 100.000 Won. Not having any clue about the riots in the area, and the fact that the army has forbid entrance to the city, he highjacks the ride, and ends up carrying Peter, a German reporter, who wants to cover the events.

Man-seop knows some English from the time he spent in Saudi Arabia, but his communication with his passenger becomes tense from the beginning, and even more when the two of them have to use back roads and lies to reach Gwangju. Once there, Man-seop witness the truth about his passenger, while his avariciousness soon gets him into trouble with the local taxi drivers, who have allied themselves with the university students against the government and the army. Man-seop, who was totally misinformed about the actual situation, witnesses the atrocities of the army, in a series of life-changing experiences that even threaten his life. During the events, passenger and driver meet Hwang Tae-sool, a kind of a leader of the taxi drivers of the area, and Jae-sik, a university student who acts as translator for Peter. The four of them form a group with a mission of getting the footage to Japan, in order to show to the world what is happening in the area. 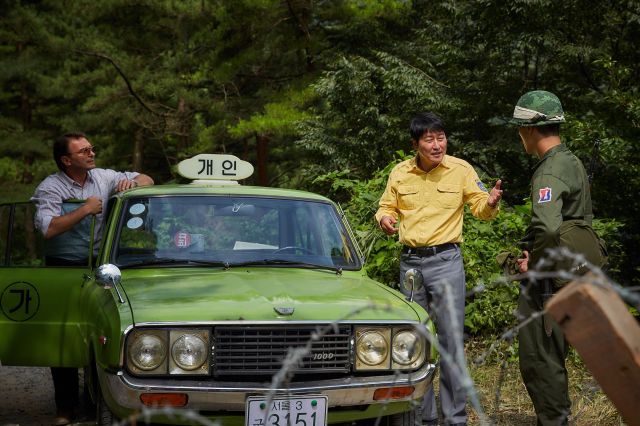 Jang Hoon takes a new approach to the subject, through a story that is split in two parts. The first one takes place in Seoul, and has a rather comedic style, as we witness the "adventures" of a poor devil trying to make ends meet, a style in which Song Kang-ho thrives. Some dramatic sequences are still present, through his relationship with his daughter, but are minor. The second part takes place after their arrival in Gwangju, with the film transforming into a rather pointy drama, which occasionally functions as an agonizing action thriller. The simply entertaining moments are not missing from here also, as in the scene in Tae-sool's house, but the drama is the one that dominates this part.

Through this tactic, which builds the tension slowly, Jang Hoon succeeds in making the impact of the horrid events even more intense, with the scenes during the end achieving exactly that and much more. This transformation of genres is personified in Man-seop, who changes by witnessing the events, as much as the film does. In that fashion, Song Kang-ho gives a wonderful performance in a very difficult role that has him changing radically, both in behaviour and in style. Yoo Hae-jin as Hwang Tae-sool delivers his usual performance that borders on the comic but remains serious. Ryu Jun-yeol as Jae-sik exemplifies his character's somewhat naivety, but also his courage and determination. Um Tae-goo is once more great in the role of the main villain. The surprise, though, comes from Thomas Kretschmann, an awarded German actor, who provides one of the best performances by a foreigner ever witnessed in a Korean film as Peter.

Another focal point in the film, apart from the harsh critique towards the army and the government, is the critique of the press, whose role in the opinion of the public at the time was as significant as it was misinforming. The fact that the only hope for a sincere depiction of the events comes from a foreign reporter stresses this comment even more. 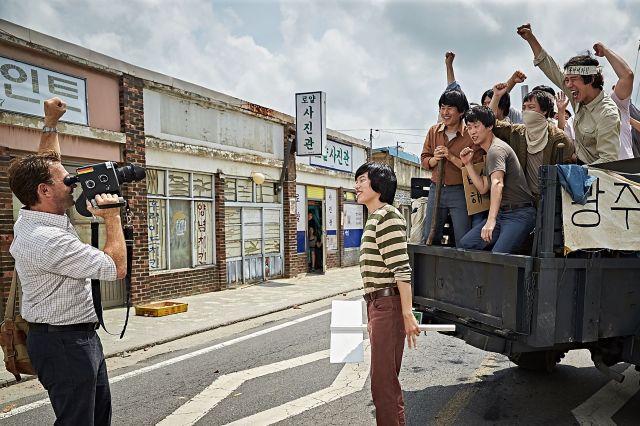 The film is a blockbuster and in that fashion, some scenes aiming straight to draw audience are not missing, with the one with the car chase, and some rather melodramatic ones. The latter however, seems to fit the context perfectly in this, rather dramatic, case.

Technically, the movie is rather impressive, with the depiction of the era being quite accurate, as depicted in the clothes, the cars, the music, and the houses. The cinematography is at the same level, with a number of elaborate shots and beautiful images, while the scenes of the mayhem and the subsequent hunt, which are coated in intense red colors, are ominous as they are beautiful, capturing the essence of the scenes fully. The same sequence, along with the action ones, is where the editing thrives, in another great aspect of the production.

"A Taxi Driver" is a truly great film that manages to combine entertainment and meaningfulness, in a visually impressive package, under the elaborate direction of Jang Hoon and a great performance by Song Kang-ho. 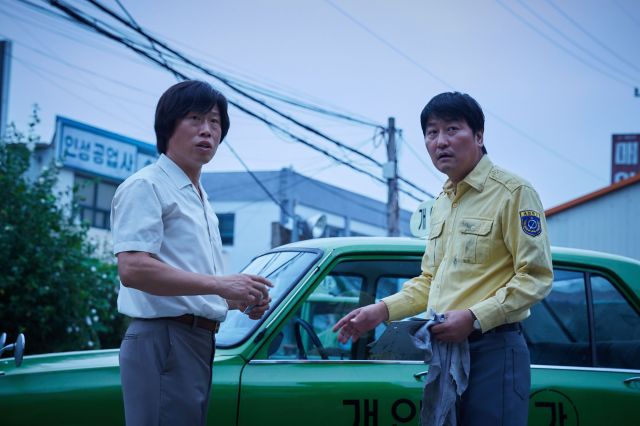