[Guest Film Review] "Break up the Chain" with Full Movie 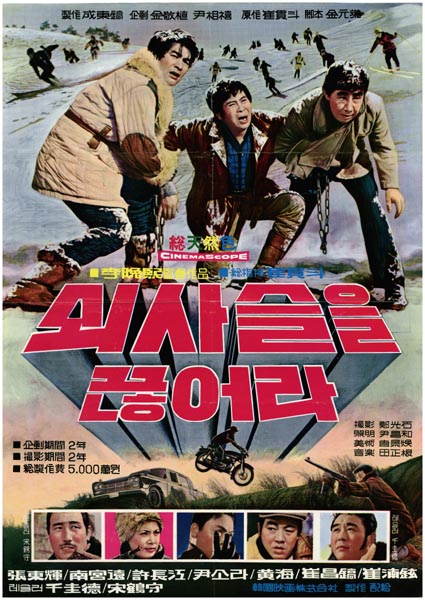 The late Lee Man-hee-I was one of the most important Korean filmmakers in the 1960s and 70s, with his reputation deriving from his work on genre cinema, in an era where the local industry had not yet embraced horrors and thrillers. "Break up the Chain" is one of his trademark works, a western set in Manchuria which was actually the inspiration behind Kim Jee-woon's "The Good, the Bad, the Weird".

The story takes place in Manchuria during the 1930's and revolves around a Tibetan Buddha Statue of extreme value and the three men that are after it: Cheol-soo, an assassin disguised as a patriot, Tae-Ho, a gangster, and Dal-Geon, a spy. Ryang-ze, a bar hostess, soon becomes another apple of discord for the three men, as the search for the statue involves the Japanese army and Korean freedom fighter groups. The three men fight repeatedly against each other, but eventually form an alliance and decide to fight for their country, although the distrust between them remains

Lee Man-hee-I directs a genuine western, almost completely stripped of any kind of artistry, with the focus being on the action from the beginning.  The constant fights among the three, but also with the Japanese forces and other Koreans who want the statue, form the basic element of the narrative, with the story actually revolving around it. The shifting of alliances, however, works quite well in this setting, as Lee does not let anyone become the "main hero", in a style much similar to Sergio Leone's "The Good, the Bad and the Ugly". The same applies to the presence of Ryang-ze, with the gorgeous Yoon So-ra providing a great catalyst for the story while adding to the antagonism between the three men. 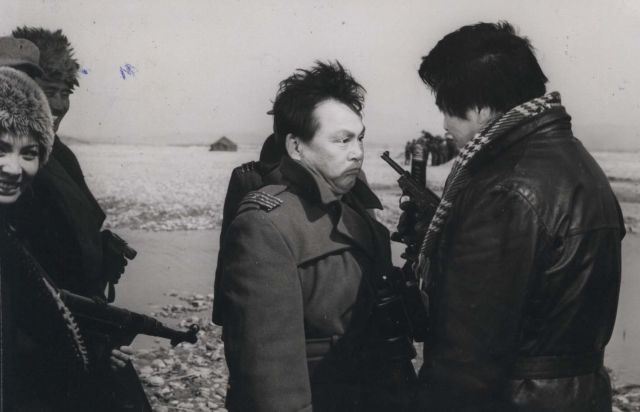 In that fashion, the plethora of action scenes are very well choreographed and executed, through a combination of violence and humor, with the "extreme" sound effects of the era working quite well for both elements. The fact that all three protagonists act cool but get their share of beating also functions quite well in terms of entertainment. Jang Dong-hwi as Tae-ho, Namkoong Won As Cheol-soo and Heo Jang-kang as Dal-geon embody the aspect of the "heroic clown" quite convincingly, as they frequently act as caricatures. Lastly, Lee also included a number of scenes where he mocks the Japanese, in ironic but also hilarious fashion.

Manchuria has always been the prominent location for Asians to shoot such films, and Lee has taken as much advantage of the natural setting as possible, both in the dunes of the desert and the various run-down settlements, with the cinematography following the rules of the Spaghetti Western. The editing induces the film with a very quick pace, which, again, resonates extremely well with the overall style of the movie.

"Break up the Chain" is a very entertaining genre film and a great sample of the Korean Western that was briefly popular during the 60s in the country.

"Break up the Chain" is directed by Lee Man-hee-I and features Jang Dong-hwi, Namkoong Won, Heo Jang-kang and Yoon So-ra.

"[Guest Film Review] "Break up the Chain" with Full Movie"
by HanCinema is licensed under a Creative Commons Attribution-Share Alike 3.0 Unported License.