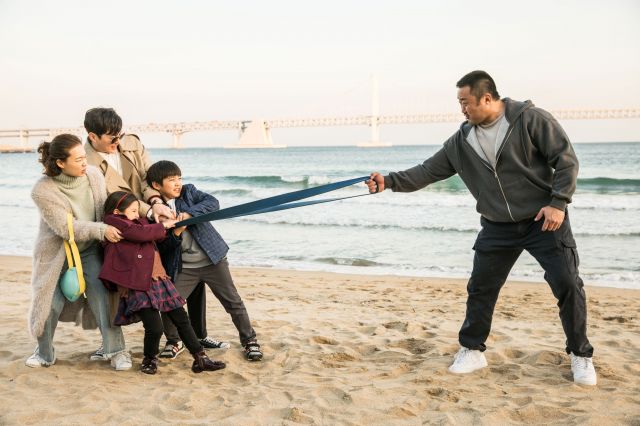 Ma Dong-seok has risen to the status of superstar quite quickly during the last years, and "Champion" is a film that definitely benefits from the fact, as it focuses mainly on him and his physique, in order to present a production that combines comedy with arm wrestling, along with some elements of drama.

Mark is a Korean who works as security guard in a nightclub, after his career in arm-wrestling was ruined (for reasons we learn later on). Jin-gi, a student who deals with illegal gambling is his only friend, but also a nuisance, since he always seems to bring trouble to Mark, mainly by trying to get money through his prowess in the sport. After an incident that has him fired from the club, Mark finds himself working in a supermarket, and thus irresistible to turn down an offer from Jin-gi, who has moved to Korea and plans on managing his friend's return to the top of arm-wrestling. Soon however, Jin-gi is back to his old ways, which involve the local mob, and Mark, who was given for adoption as a child, actually, finds himself with a family of three, when his search for his mother leads him to Soo-jin and her two children, Joon-hyeong and Joon-hee.

Kim Yong-wan directs and pens a very entertaining movie, as he manages to keep the comedy for the largest part of the film, with a tactic that has him drawing humor from every aspect, including Ma Dong-seok's appearance, the English language and crushing weddings. This aspect benefits the most from Ma's mostly silent, but quite hilarious performance and from the two adorable kid actors, Choi Seung-hoon-I and Ok Ye-rin in the roles of Joon-hyeong and Joon-hee respectively. The chemistry of the three is one of the film's greatest assets, and finds its highlight in the scenes where the children try to "protect" him, always ending up saying the wrong thing. 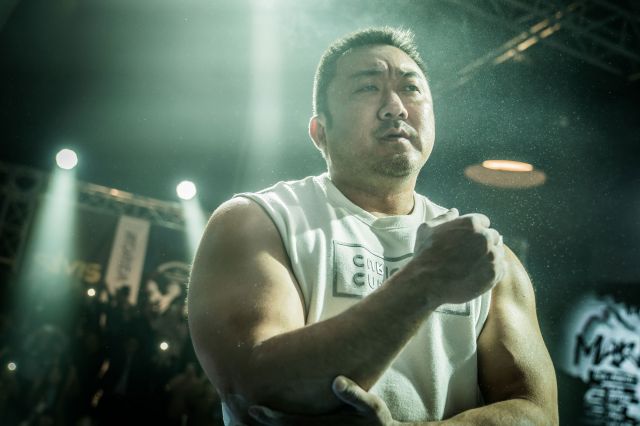 Kim "uses" Ma in excellent fashion, through a tactic that highlights his muscular build and his prowess in martial arts, by keeping him silent for the most part. Ma proves that he can act even in this way, with his facial expressions and his eyes offering a number of hilarious scenes. Furthermore, through this tactic, the few times he speaks, allow his words to carry more gravity, which also benefits the narrative.

Some clichés are not missing from here, as does the melodramatic element, but in general, the narrative is quite good, drawing much from the style of the American films of the 80's (like Stallone's "Over the Top" which even gets a mention in the movie). This tactic induces the production with a certain sense of nostalgia, which also benefits the overall aesthetics. The fact that the woman in the scriptis not a romantic interest as usual, also seems to work in favor of the story, with Han Ye-ri highlighting her warming-up to the new man in her life with gusto. Kwon Yool as Jin-gi is quite good in the role of the "poor devil", while Yang Hyun-min makes for a great villain, particularly through his sinister laughter, as is the case with Lee Kyu-ho as the ultimate opponent.

Yoo Ji-sun's cinematography also follows in the aforementioned steps, with his images being quite "polished", as he highlights the beauties of the locations the film was shot and particularly Busan, while his presentation of Ma's muscles is exceptional. The same applies to the editing, which induces the film with a rather fast pace, again in the style of Hollywood mainstream movies 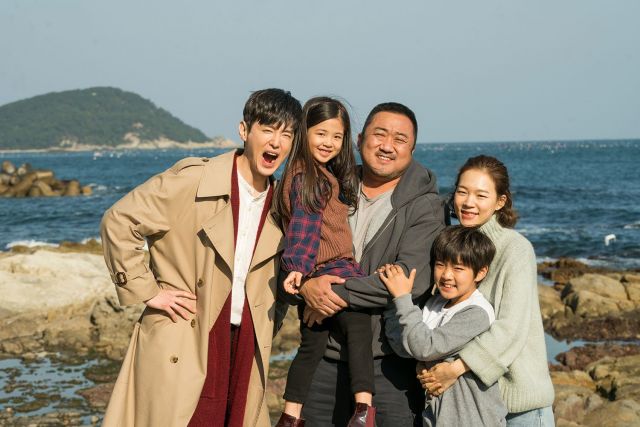 "Champion" is a very easy to watch and quite entertaining movie, that benefits the most from the cast and the Kim Yong-wan's directorial approach.

"Champion" will be released in the USA and Canada starting May 11, more information : wellgousa.com/theatrical/champion