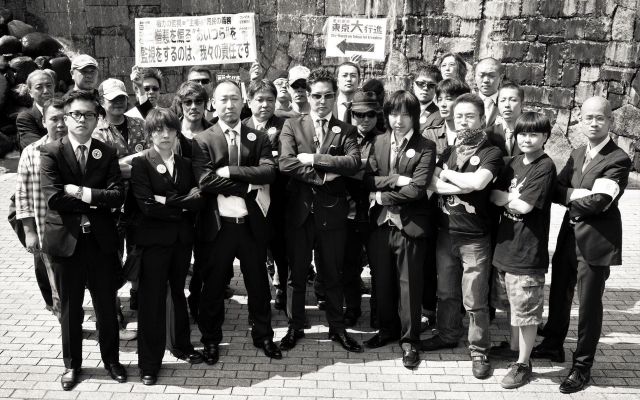 The rise of the extreme right to the point of fascism, and the racism associated with it have been on the rise for quite some time now, unfortunately on a global level. Japan has quite a past in this concept, with the history of the country always leaning towards the right; however, since 2013, the extreme right-racist groups have been on the rise, having organized more than 1000 speeches around the nation, with 329 of them taking place in 2016, when most of this documentary takes place. 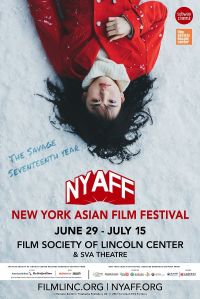 One of the leading groups of these speeches is the Zaitoku, whose hate is mostly addressed towards Zainichi Koreans, who have actually been residing in the country since the early 20th century. The hatred of the group reaches so far, that phrases like "kill Koreans" and "if you find a Korean woman on the street don't hesitate to throw stones and rape them!" are quite common during their demonstrations. The documentary however, focuses on an opposing group called "Counters", whose purpose is to disrupt peacefully the demonstrations of the fascists and to demonstrate against racism, themselves. Specifically, former mid-level Yakuza Takahashi, who has been reborn according to his own words, heads a group inside the Counters called Otoko, who think that violence is necessary to disrupt the powers of racism and discrimination. The documentary follows Takahashi and the other members of the group in their struggle, while also presenting the Zaitoku and particularly their founder and leader, Sakurai, who uses the concept of the freedom of speech to spread his hate. 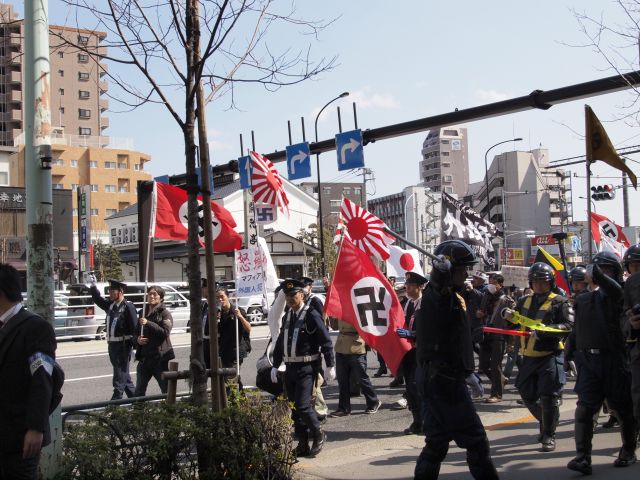 Among the most central issues of the documentary, is that groups like Zaitoku take advantage of the fact that the police cannot deny any kind of protest that is filed properly in a precinct, thus deeming the antiracist actions illegal. In that fashion, the Otoko group also has to face the police, who, actually obeying the law, have to disrupt the antifascist groups from obstructing the fascist speeches. This is actually one of the main goals of the Counters movement, who, with the help of the head-lawyer of their legal team, Kambara, and Arita, a Diet Member who is also a member of the movement, try to declare Zaitoku's and other similar groups' hate speech illegal.

As we witness their struggles, Lee Il-ha makes a point of introducing us to the main characters, Takahashi, Kimoto and Arita for the most part, through a number of interviews, all of which are quite interesting personalities, to say the least. The ones who definitely stands out though, is Takahashi, whose life story, from a right-wing Yakuza to an antifa activist is more than intriguing, even more due to the fact that he still remains right-wing. As a woman who works in a shelter for immigrants run by the group states, "It is a little bit strange that he visits Yasukuni Shrine in the morning, then shows up to help minorities in the afternoon", all the while working as a door-to-door salesman, after an episode involving social media and the fascist groups forced his company to fire him. 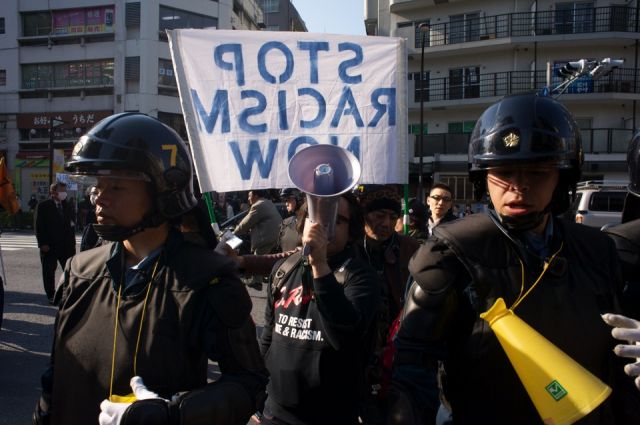 The documentary thrives in facts and episodes, as the analysis of both characters and the Counters movement is quite thorough, but remains entertaining through Lee Il-ha's own, extremely fast for a documentary editing, and the very fitting music by Noh Young-rae, which includes rock, punk and hip hop tracks. Lee also functions as the cinematographer, with him following the members and the events quite closely, presenting his main theme thoroughly, while making a harsh comment about the path our societies have taken after the era of economic growth seems to have passed. In the case of Japan, this comment (accusation if you prefer) is addressed directly to the right-wing practices of the State, and particularly the Prime Minister, Shinjo Abe.

"Counters" is a great documentary, definitely among the best of the year, as it excels in both subject and presentation.

"Counters" is directed by Lee Il-ha.