[Guest Film Review] "Her Family Has No Problem" 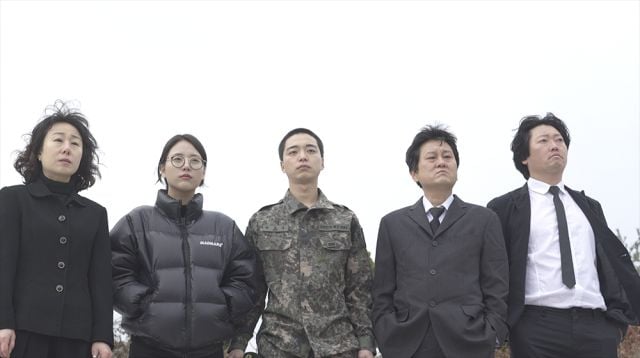 Korean indie films are not exactly the most well known product of the local industry (apart from Hong Sang-soo that is), at least outside of the country (the opposite actually). This fact, however, does not mean that these movies lack in quality, as we have seen in productions like "Merry Christmas Mr Mo", for example. Kim Hun presents another entry in the category, which is quite unusual, since his aesthetics are very similar to those of Japanese indie movies. Let us take things from the beginning, though.

Kyong-suk is a middle-aged woman, who is the foundation of her extended family, which includes an elderly and unable to take care of herself in any way mother-in-law, an unemployed husband who does not seem to care for anything apart from his drinking, and his brother, who is in an equal situation since his wife has abandoned him. The situation with her children is not better at all, since her son has run away from the military and has suicidal tendencies, and her middle school daughter does not seem to study at all, and has started to become vocal in her complaints about the situation of her family. Kyong-suk's only relief from all these burdens is religion, personified in a somewhat lecherous priest (the Japanese connection I mentioned before).

Kim Hun directs a film that moves somewhere between the quirky comedy and the (melo)drama, with the latter taking over as the movie progresses. The comedy part derives mostly from the characters, who, despite their very difficult situations, are presented as kind of caricatures, like the scene where the son is discovered trying to commit suicide in a forest and the uncle who tries to steal a necklace from his mother, only to return it soon after. Kyong-suk's attitude also points towards comedy, particularly through the combination of her "obsession" with religion and her constant swearing. 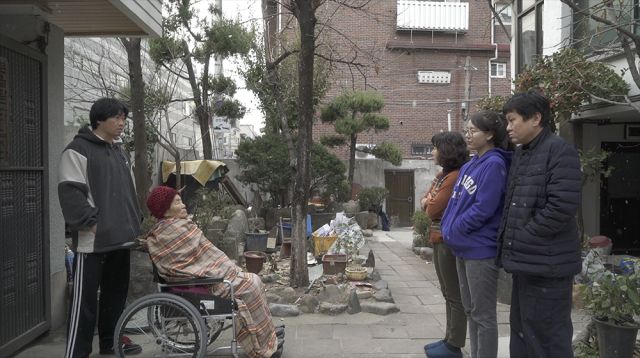 The health issues of the elderly member of the family provide the dichotomy between the comedy and the drama, with the decision about her future splitting the family quite harshly, and eventually leading to the most shuttering moment in the film, during the finale.

This dichotomy is also the main issue with the film, since the various subjects are placed somewhere between the comic and the dramatic, without a clear resolve regarding the road the narrative is supposed to take. This aspect is stressed even more by the kind of quirky accordion music, which, occasionally, seems completely out of touch with the context of the scene it features.

The above however, do not mean that the movie is without merits. The characters  are interesting and quite thoroughly analyzed, as they represent a number of issues that "torture" modern Korean society, such as unemployment, the military service, and euthanasia. Furthermore, the comic element is quite well depicted in parodying fashion, as with the father who talks in verses quite frequently and the priest who seems to be a bit flirtier than one would expect. Lastly, the concept of the bonds that keep families together, against all odds, is presented thoroughly, although again in a somewhat ironic fashion. 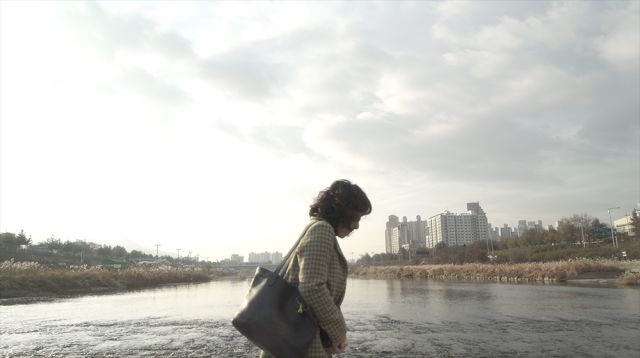 The cinematography is another of the film's traits, with the excellent framing and the depiction of autumn being quite beautiful, particularly through the colors of the leaves in the trees and the almost constantly cloudy sky.

"Her Family Has No Problem" has its faults, but the overall "Taste" it leaves is quite good, even if this derives from specific moments and not from the film as a whole.

"Her Family Has No Problem" is directed by Kim Hun.