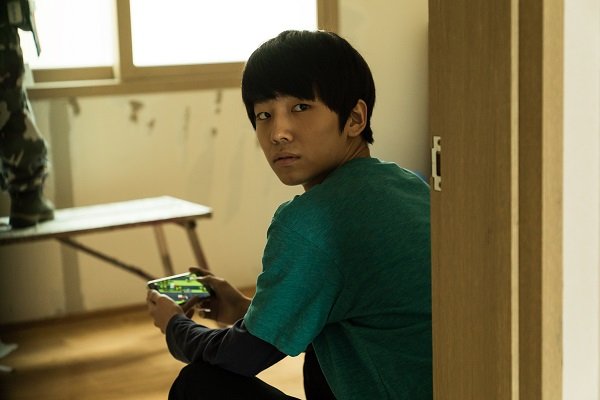 Probably among the best family dramas Asia has to offer this year, "Last Child" presents a truly shuttering story, where layers of drama are placed atop one another, in a style that has much in common with the ancient Greek tragedy.

Seong-cheol and his wife, Mi-sook try to cope with a tragedy, as their son has recently drowned, trying to save a classmate of his, Gi-hyeon. Seong-cheol has thrown himself to work, as he runs an interior design entrepreneurship mostly dealing with wallpapers, while he has filed papers for his son to be accounted as a heroic citizen, an honor bestowed to people killed in a righteous account. His wife experiences the death of their only son much worse, shutting herself from the outside world, even including her husband, for whom she only has bitter remarks every time he mentions their son.

Eventually, and in a rather strange turn of events, Seong-cheol befriends Gi-hyeon, and after he learns of his miserable life story, since the kid has to live on his own, has no money, is bullied in school and has just recently lost his job, decides to hire him as a disciple. Soon, the boy grows on him, despite his wife's fierce protests. Even she, though, eventually takes a liking to Gi-hyeon, with the two of them taking him under their wing, as the beginning of a sense of harmony begins to appear in their lives. Alas, this sense does not last for long, as the truth about their son comes out. 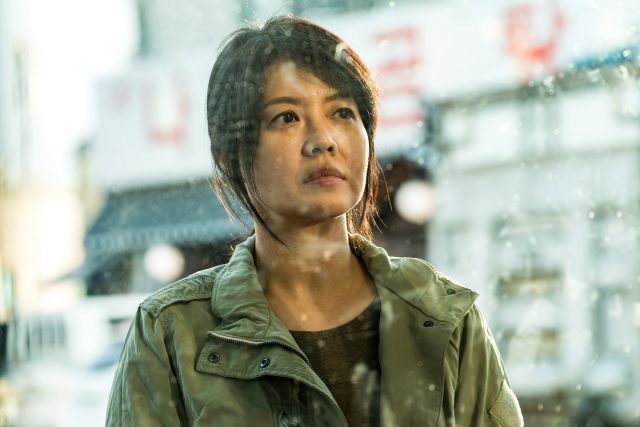 Shin Dong-seok directs a genuine drama, where grief and sadness seem to encircle all aspects of life, and the moments of joy are few and brief. Using the concept of the "lost child" and examining how the parents can cope with a loss of that magnitude, Shin presents a number of social comments that deal with parenthood, bullying, the way schools function in order to protect their fame, coping with grief, forgiveness, and truth and its consequences. His story follows the lines of "nothing good goes unpunished" in the harshest way, in a tale that keeps getting worse as the script progresses.

Yet, through his very thorough character analysis and the realism that permeates the film, he manages to avoid completely the reef of sentimentality, thus presenting a movie that has nothing to do with melodrama, as is the common tendency in Korean cinema. The fact that there is almost no music in the film trying to draw sentiment from various scenes is a testament to the aforementioned.

Furthermore, and in the element that most reminded me of Greek Tragedies, in the end, he provides a complete catharses for his characters, after he has allowed them to sink to the deepest depths a human can reach. I found the fact that this catharses is presented in literally terms, through actual water, ingenious, and one of the best elements in the whole production.

On another level, Shin seems to use wallpaper as a metaphor, stating the fact that it can hide but not fix a problem, just like the efforts of the two parents, while the improvement of Gi-hyeon's skill in the job is a direct parallel to the relationship among the three, and their psychological situation.

Lastly, as the story progresses, Shin has also included some elements of thriller, particularly regarding the agony aspect of the genre, which adds to the entertainment the movie offers.

Lee Zi-hoon's cinematography complements the narrative to perfection, with him implementing mostly dark and grey colors that mirror the psychological status of the characters. Lee Young-lim's editing allows the events to unfold slowly, but not in lagging fashion, with a pace much faster than the usual implemented in art-house films (although this one should not be categorized there, despite some elements, as is the lack of music, that point towards the genre). 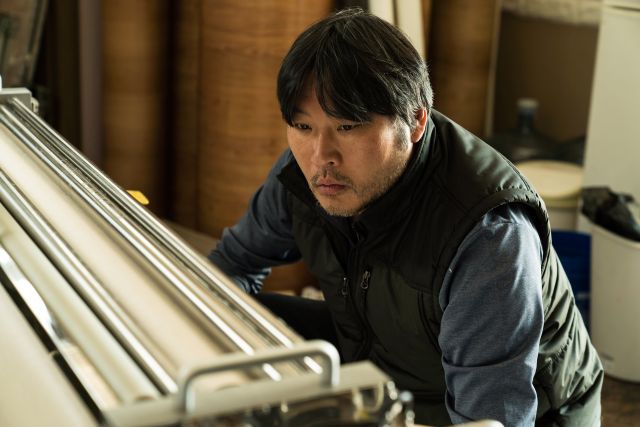 The acting in "Last Child" is of the highest quality. Choi Moo-sung as Seong-cheol is impressive as a man whose grief seems to have psychosomatic consequences, while both the way he warms up to the boy and the scenes where he erupts are presented elaborately. Kim Yeo-jin as Mi-sook highlights her succumbing to melancholy quite nicely, as much as the change she experiences, which seems to derive from her own, sheer free will. Sung Yoo-bin as Gi-hyeon has a more restrained role, but he is also very convincing in trying to hide his discomfort, while his monologue and the scene he erupts are his highlight, along with the scene where he finally acts as a happy kid.

"Last Child" is a great drama that manages to combine thorough character analyses with social comments and a genuine study about human grief, and conjunctively human psyche . A must-see.