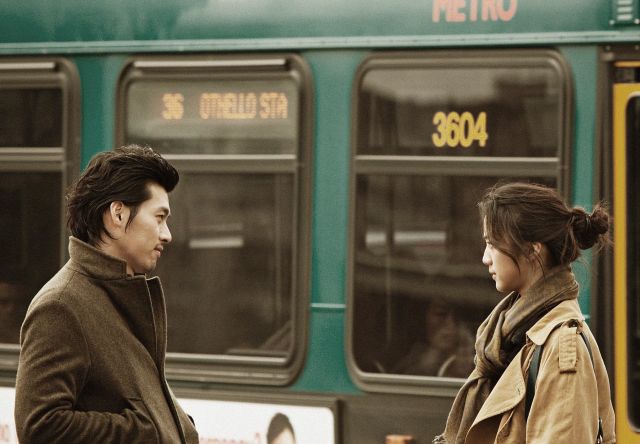 A co-production between South Korea, Hong Kong, China and the United States, it is the fourth remake of the now-lost 1966 Lee Man-hee-I homonymous melodrama classic.

Anna Chen is imprisoned in Washington after man-slaughtering her husband, 7 years ago. The actual story begins when she is informed of her mother's death and is granted a three-day leave to attend the funeral in Seattle. On the bus to Seattle, she comes across a Korean immigrant named Hoon, who initially asks her for money to pay his fare. Eventually the two are acquainted, with Hoon revealing that he is a gigolo. The two of them spent many of Anna's days together, with him on the run from a client's husband and her revealing facts about her situation in the grey and foggy surroundings of Seattle.

Kim Tae-yong directs a film that, despite having a dramatic base, is actually a subtle romance. The story focuses chiefly around the character of Anna, who desperately tries to hide her situation from those close to her who aren't informed, and particularly from Hoon. It is also quite fascinating watching her struggle against her needs and wishes as a woman, in order to act according to her circumstances. This notion is particularly exhibited in two scenes. The first one occurs when she buys clothes and make-up in order to feel like an actual woman again, only to shift back to her somewhat ragtag prison appearance after a while. The second one occurs when she decides to pay Hoon for sex, although her whole relationship with him falls under that particular motif. 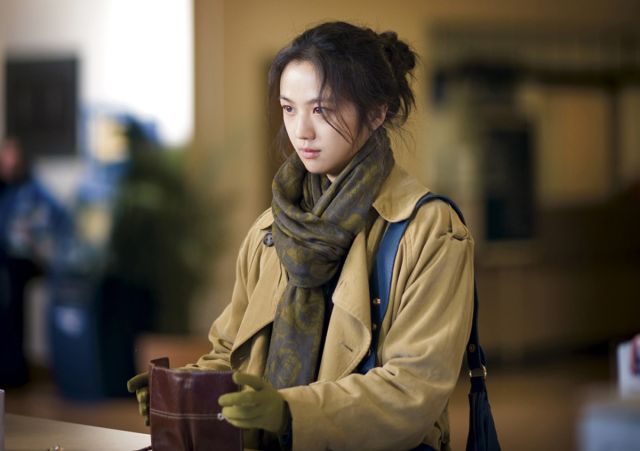 The unrecognizable Tang Wei ("Lust, Caution") is quite convincing in her role as Anna, as is Hyun Bin as Hoon, who plays a charming and overall attractive bon-viveur, although in a less demanding role, which draws heavily from his looks. However, the quality they present occurs mostly through their silences, when they communicate with pauses in speech and meaningful glances, rather than when they are actually speaking. The reason for this is that most dialogues are in English, a language that evidently makes both of them uncomfortable, although they are much better at it than other Asian actors are. 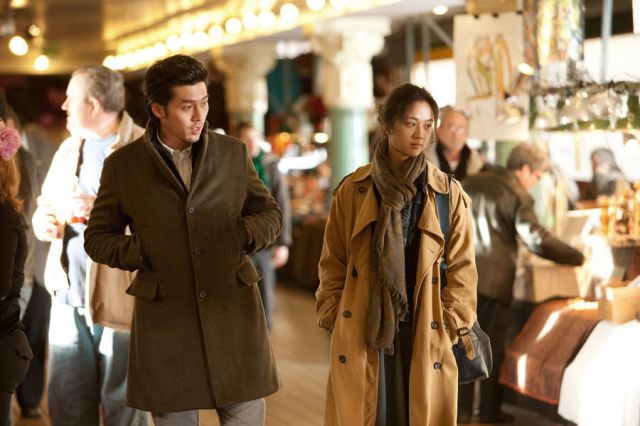 The films permeating melancholic mood is heightened by both the slow pace and the Jo Seong-woo's mellow music, while Seattle itself has a major role in it, with many shots portraying its various attractions, as the two protagonists roam in the streets with Hoon functioning as the tour guide and Anna as the tourist. In that fashion, Kim Woo-hyungs cinematography, presents a number of beautiful, but moody and colorless images of the city, that seem to fit the general aesthetics perfectly. Steve M. Choe and Lee Jin's editing implement the mellow and relatively slow pace of the film nicely, without doing anything impressive, though.

"Late Autumn - 2010" is a beautiful film to watch. However, and although it is far from being a "chick-flick", it is obvious that its main target audience is women.