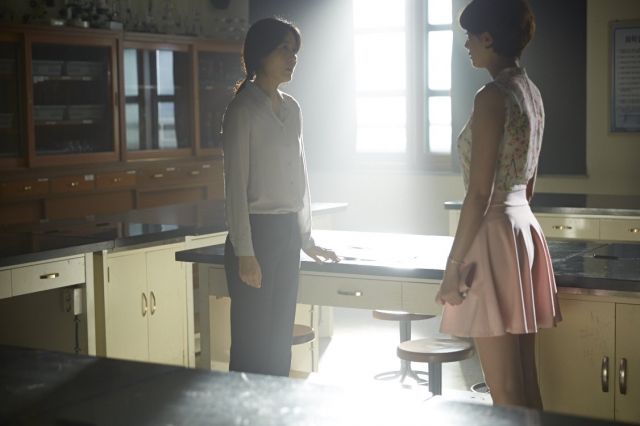 The genre of thriller has taken a number of "faces" in the abundance of films in the category; the one presented in Kim Tae-yong-I 's film though, is quite unique, as the element is just the cherry in a pie consisting of (school) drama, romance, and a love (?) triangle that dominates the movie.

Hyo-joo is a substitute teacher in an expensive private school, and a very moral and smart woman who tries to abide by the rules and even enforce them on her students. Her life, however, is in shambles. Her boyfriend is a good-for-nothing, aspiring writer who lives on her expense on all aspects and her potential tenure in the school is shuttered when a member of the board forces Hye-yeong, his daughter, a cheerful but ignorant girl who seems to have it all, and happens to have studied in the same school Hyo-joo went, in the position. Expectantly, the latter's frustration is quite evident, particularly because the young woman seems to have everything she wished: looks, youth, money, a permanent position in school, a trophy-husband, and the (fake but still) sympathy of everyone in the institute. Furthermore, when Jae-ha, a gorgeous student who happens to be a ballet dancer gets involved with both teachers, the situation takes a turn for the even worse. 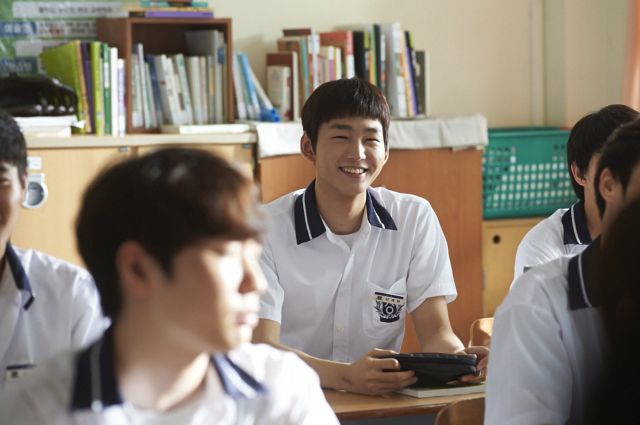 Kim Tae-yong-I manages to direct and pen a movie where not even a single character is likeable. Hyo-joo is uptight, vengeful, hypocritical, and with a sense of superiority that soon comes crashing onto her. Hye-yeong is a spoiled "princess" who thinks she can get away with anything she does, while her seemingly "nice-girl" facade also crumbles eventually. Jae-ha initially appears as the victim of the one-sided (initially only from Hyo-joo) antagonism of the two women but he also is revealed to be something completely different. Furthermore, even the secondary characters share the same trait, with Hyo-joo's boyfriend being a no-good slob and the vice-principal being a true letch, always eager to execute the bids of the higher-ups despite how cruel they are. Kim actually makes an effort to retain this trait of his characters, with almost every good deed followed by something opposite.

In this setting, Kim seems to present his take on human nature, as his characters are willing to do anything to fulfill their wishes and become rather vengeful when things do not go their way. This elements finds it's apogee in the fcompletely unexpected finale, which is actually the factor that allows "Misbehavior" to avoid being another romantic drama with social implications, with the latter deriving mostly from highlighting the inhumanity of private businesses, including ones in the education sector.

Kim Ha-neul embodies the majority of the aforementioned traits as Hyo-joo, in a very nice performance as a sad woman who keeps telling lies to herself and eventually erupts when everything in her life go in the opposite direction. Yoo In-young is very convincing as the spoiled, seemingly ignorant "princess" and the same applies to gorgeous Lee Won-geun who plays the "apple of discord" character as Jae-ha. I also enjoyed Jung Suk-yong's performance as the despicable Vice-principal, who plays his role with a very fitting combination of smugness and cruelty towards his subordinates and fake humility towards his higher-ups.

Kim Tae-soo-I's cinematography offers some very interesting shots, particularly in the sex scenes and the ones where the two women confront each other, while Kim Jae-beom and Kim Sang-beom's editing allow the movie to flow smoothly in a rather mellow rhythm, until the finale that is.

"Misbehavior" is a very interesting film that has adopted the recent tendency of the "unlikeable characters" quite well, and definitely deserves a watch, particularly for the finale.