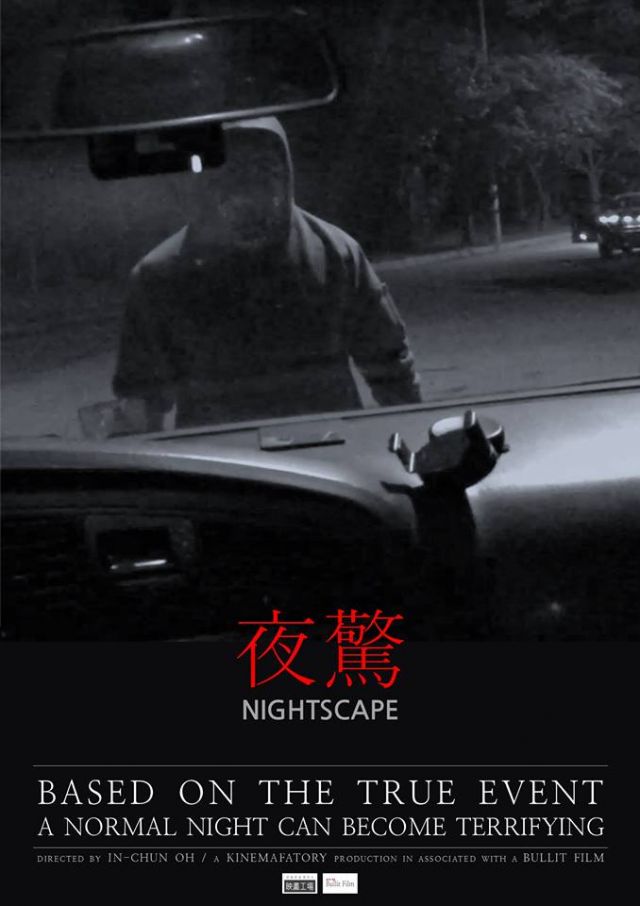 The found-footage subgenre has been at large since "The Blair Witch Project" in 1999, although its actual roots are traced to the beginning of the 80's. Although J-horror has adopted the category for some years now, Korean cinema did not seem to prefer dealing with the category, with the only film coming to mind being "The Haunted house Project" from 2010. Oh In-chun dares it, however, by presenting an extremely low-budget production, shot entirely on iPhone6, based on the actual case of taxidriver-serial killer in south Korea, and with him functioning as writer, cinematographer, executive producer, director and actor.

In disorienting fashion, the film starts with a very beautiful woman being interviewed on camera, as she tries to raise awareness for the disappearance of her sister. After explaining the story, and talks a bit about herself while the cameraman seems to focus on her physique as much as on what she is saying, she produces two memory cards of the events of the night her sister disappeared.

The film then changes setting completely, as we watch her sister, a reporter of violent crimes, investigating a case about serial killer, as she seems to believe that the person convicted at that time is not the actual perpetrator. Along with her are a cameraman and a driver who soon though takes off in completely unexpected and hilarious fashion, as they arrive in a park where one of her friends has informed her that she has witnessed the actual killer, a taxi driver. Her friend, a sound recordist, arrives also at the place, and the three of them record the taxi driver. The reporter however, believes that they should get more actual footage of him committing the crime, and despite the protests of her friend, they decide to follow the taxi.

Oh In-chun presents a different take on the found-footage, through two aspects. The first one is the continuous disagreement between the reporter and the editor, on how much they should shoot and when they should go to the police with what they have. Through this disagreement, Oh makes a comment about the press and the way they function, with the woman's attitude easily characterized as greed. The second element derives from the woman talking in the beginning, where one can understand that something is amiss, a notion that continues at the end. Through this concept, Oh almost erases the borders of what is reality and what fantasy-film, adding another level in the whole concept, which is stressed even more during the ending credits.

A third element, that of the unexpected humor, also adds to the entertainment provided by the movie, with the scene where the driver is leaving, and the ones where the two girls tell the camera man to shut and do as he is told (he is actually played by the director) offering laughter, even in this setting.

However, the horror element is not missing; to the contrary, the film becomes quite grotesque after a fashion, with the agony and the terror deriving from the hunt that unavoidably begins, being quite impactful. This sense benefits the most from the cinematography, which actually feels as someone is recording a live incident, the editing, that changes scenes rapidly only to pull the viewer back into the awful things that are happening, and the sound, with the scenes where the murderer hits the car being the highlight.

Some level of cliché could not be avoided, as we are talking about a very basic genre that has been done many times before, but this aspect does not fault the general aesthetics of the film at all. 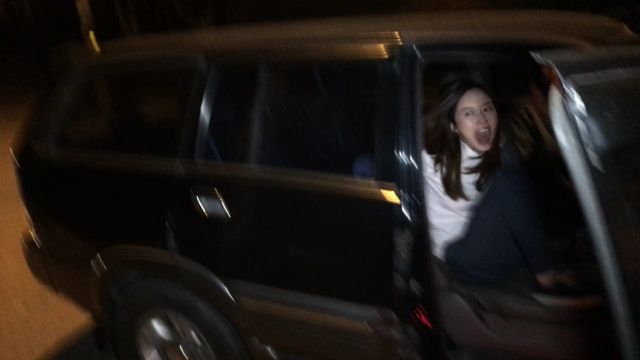 Joo Min-ha is quite good as the reporter, highlighting her character's determination, greed, frustration and despair in equally persuading fashion. Jung Bo-reum as the sound recordist functions as her conscience, in a love-hate relationship that highlights the chemistry of the two. Jung Seo-young as Min-ha's sister, plays the spoiled and somewhat full of herself actress with gusto, with the director actually making a joke of the man who shoots her.

"Nightscape" is not a masterpiece; it could not be with such a miniscule budget. Oh In-chun, however, manages to fit a number of entertaining and food-for-though concepts in the 71 minutes of its duration, and in the process, to create a more than interesting spectacle.

"Nightscape" is directed by Oh In-chun.