[Guest Film Review] "On the Beach at Night Alone" 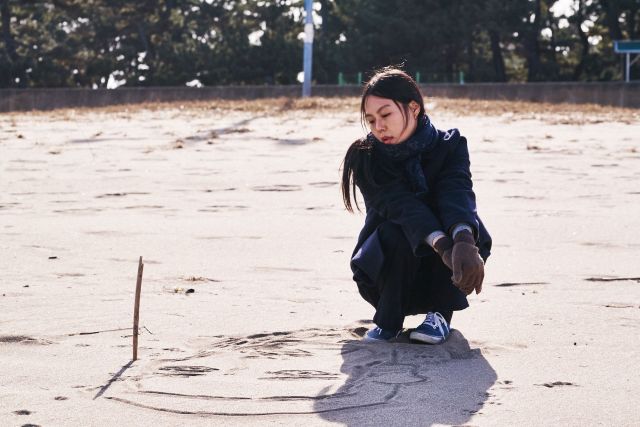 Having watched all three of Hong Sang-soo's 2017 films (the present one, "Claire's Camera", "The Day After - 2017") and most of his earlier works, I have to admit that, although I still enjoy them, the repetition of theme and style is getting somewhat annoying. The addition of Kim Min-hee in his latest works has definitely helped (with this movie actually drawing much from his real-life relationship with her) as did the change of scenery to Europe, with Hamburg as this one's base, but with three films in one year, even these aspects do not seem enough.

Yeong-hee is an actress who has left Korea and the end of her affair with a married director for Hamburg, where an old friend named Ji-yeong is living. The fact that the latter also found solace abroad after her divorce and ended up staying seems to provide a very strong connection between the two women, although their interaction mostly feature Yeong-hee talking about her psychological situation.

After a point, end credits fall on screen and the film seems to start again, this time in the coastal town of Gangneung, where Yeong-hee meets number of her friends and has a number of conversations over soju. 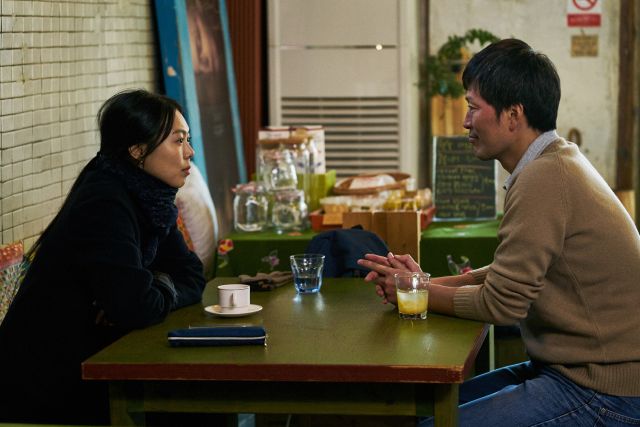 As I mentioned before, all of Hong Sang-soo's themes and motifs are here, with the drinking, the long conversations in lengthy one-shots, the presentation of the weakness of man in front of women, the sudden zoom-ins, the unexpected humor, and the great framing. Regarding the visual aspect, Kim Hyung-koo and Park Hong-yeol have done a great job in all of the aforementioned aspects, with the scenes in both the interiors and the exteriors being impressive, and the various scenes in the beach being the highlight of this tendency.

Hahm Sung-won's editing retains the sense of disorientation about time and space Hong usually implements in his films, with the change of location through the ending credits being the highlight of a competent work, as much as a testament to Hong's strange sense of humor. This last aspect is also represented by a strange individual who seems to lurk in various places during the film (cleaning the windows of a hotel Yeong-hee is staying), with no one paying any kind of attention to him. 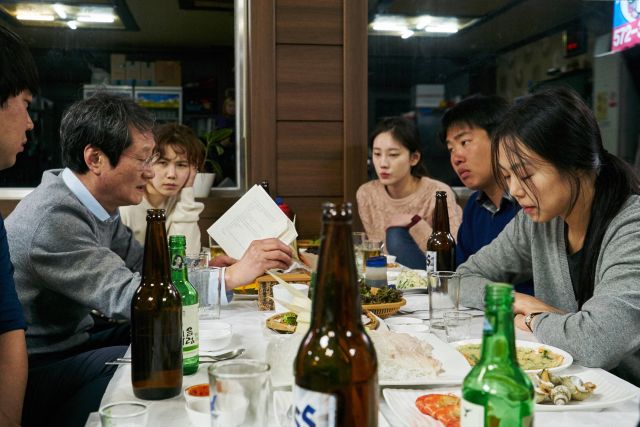 Another aspect that is not so common in his films is that his protagonist is actually obnoxious, at least frequently, lashing out at her friends for no apparent reason, mocking people for and even enjoying the jealousy she provokes when she spends time with a man in a restaurant where his girlfriend is also present. At the same time, and in autobiographical fashion, Hong tries to explain/justify his actions regarding Kim Min-hee, in a scene where Sang-won, one of Yeong-hee's friends, talks about a very similar situation.

The focus on Kim Min-hee is, once again, intense, with her actually being present in all of the scenes, although her performance definitely justifies the fact, as she gives one of the best ones of her career. The moody behaviour, the sadness due to the break up, the need for human interaction and at the same time the need to be by herself and ponder on her situation are all depicted eloquently, in a very difficult role.

"On the Beach at Night Alone" definitely deserves a watch, particularly for Kim Min-hee's performance, and the ones who are introduced to Hong's works through this film will definitely find a number of merits. For the ones who have been following his career though, I am not sure how much it has to offer.

"On the Beach at Night Alone" is directed by Hong Sang-soo and features Kim Min-hee, Seo Young-hwa, and Kwon Hae-hyo.

"[Guest Film Review] "On the Beach at Night Alone""
by HanCinema is licensed under a Creative Commons Attribution-Share Alike 3.0 Unported License.