[Guest Film Review] "Once Upon A Time in Highschool" + Video 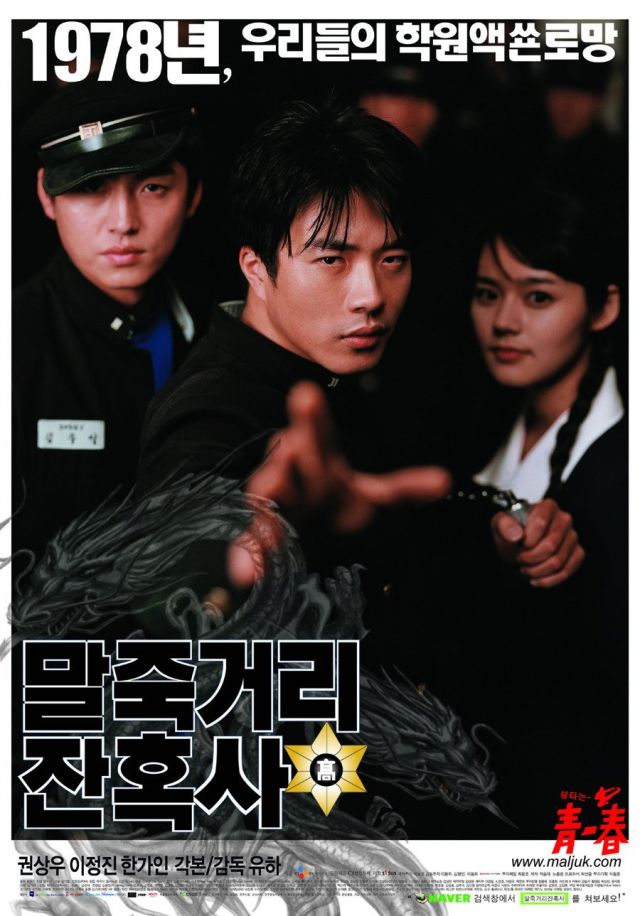 There three elements that drew my attention in this particular title.

1. The social comment regarding the S.Korean educational system during the 70's, with the obligatory, Japanese-type uniforms for the students, and the military-like discipline.

2. The allegory for the political situation in the country, since in 1978, when the story begins, the election was rigged in favor of General Park, who was murdered the next year, when the film's story ends.

3. The awful reviews it received internationally, which resulted in many countries forbidding its screening, although the fact did not bother Koreans from watching it, since it cut more than 3 million tickets in the country.

Hyeon-soo transfers to Jeongmoon Highschool, which is considered the most strict, the most violent, and generally speaking, the worst school for the students, in the country. Although he is quite shy and Jong-hoon,the delinquent "leader" of the class starts bullying him from the beginning, he manages to make two new friends rather quickly: Hamburger, an obese guy who sells porn magazines and Woo-sik, who frequently gets into fights. The three of them together, but each one in his own way, try to face the everyday life in school, while the teachers beat them and their classmates challenge them. However, the friendship between Hyeon-soo and Woo-sik is put on a test when they both meet Eun-joo, with the former being in love, but hesitant to express his feeling and the going for the most direct approach. 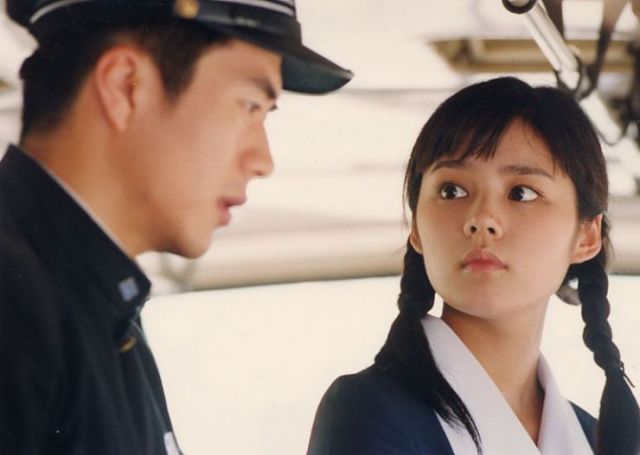 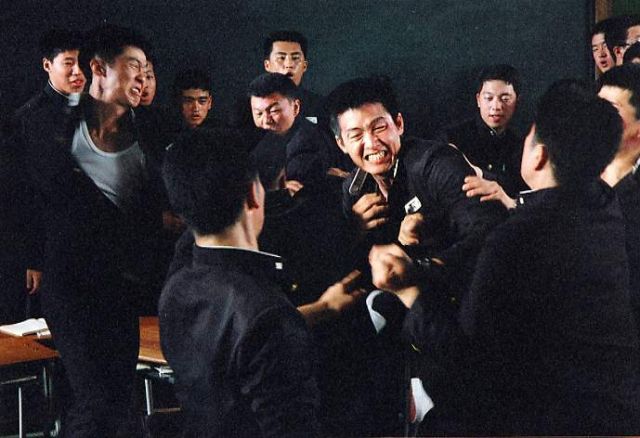 kwon Sang-woo, who plays Hyeon-soo is rather convincing as the timid young man who eventually explodes. This timidness, though, sets his character in the background, at times, particularly due to Lee Jung-jin, who plays the exceedingly extrovert Woo-sik with at least equal success. Han Ga-in is relatively good as Eun-joo, in a less demanding role than the aforementioned, Park Hyo-joon is quite as Hamburger in a tragicomical role, and Lee Jong-hyuk is very convincing as the "evil" character.

Yoo Ha gets a bit confused, as he tries to do and say too many things, but the film, definitely does not vindicate the critics, since it is rather entertaining.

"Once Upon A Time In Highschool" is directed by Yoo Ha and features kwon Sang-woo, Lee Jung-jin, Han Ga-in, Kim In-kwon, Park Hyo-joon and Lee Jong-hyuk.