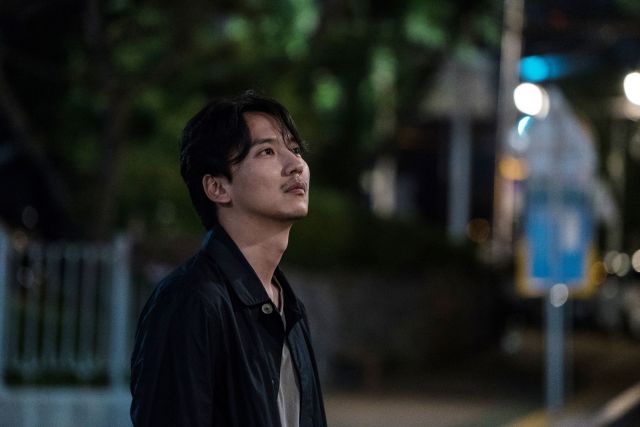 Combining two of the most popular (globally and of all time) genres, the ghost story and the melodrama, seems like a great idea that can definitely help the commercial aspect of a film. Let us see if the combination was as successful in practice as it seemed in theory.

Kang-soo is an investigator for an insurance company, who is having a really hard time after the death of his wife, as he does not seem to able to deal with the fact at all, only finding solace in overworking and drinking alone in a bar. His life takes a metaphysical turn though, when he is tasked with a case involving Mi-so, a blind woman who was hit by a car and is now in a coma. His boss, and subsequently his company, wants him to persuade the caretaker of the woman, who is also an orphan, to settle for less money than the sum the insurance is obliged to pay, but Kang-soo finds himself meeting the ghost of Mi-so, while visiting the patient. If that was not enough, he is the only one who can see her, and Mi-so "forces" him to take her around the city, since her ghost can actually see, in order to witness the world with her own eyes for the first time. As the two form a peculiar friendship, the process of healing is initiated for Kang-soo, who has to face the displeasure of his boss, and a big favor Mi-so asks. 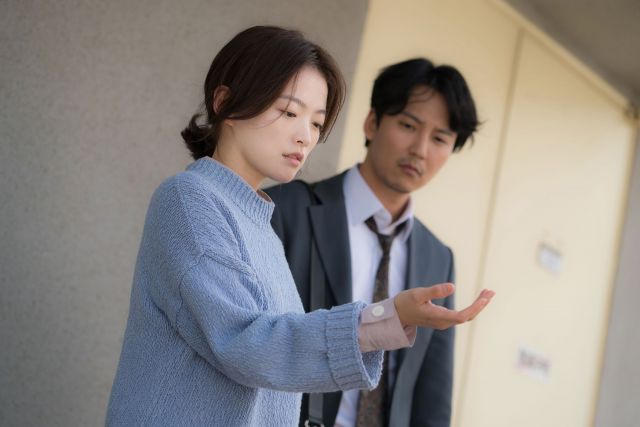 Lee Yoon-ki manages to shoot a film that is a melodrama, from beginning to end, with almost no exceptions. In that fashion, one word that could describe the whole film is "mellow", as it applies to the pace, the music, which is quite frequent, the acting and the cinematography, where Choi Sang-ho presents a number of idyllic and beautiful images of the sky, the sea and trees. The concept of the inhumane insurance companies does exist, but it is drowned in the melodrama, particularly since Kang-soo's former, ruthless self is never actually revealed. The two flashbacks that explain much of the story in plot-twist fashion also move towards the same direction, strengthening the melodrama even more.

However, this is also where the fault of the film lies, since the melodrama by itself cannot carry a whole film, particularly for the 118 minutes of its duration, which I found hyperbolic. The process of healing of a man whose life is shuttered helps up to a point, but since it is also of melodramatic nature, does not offer any relief. 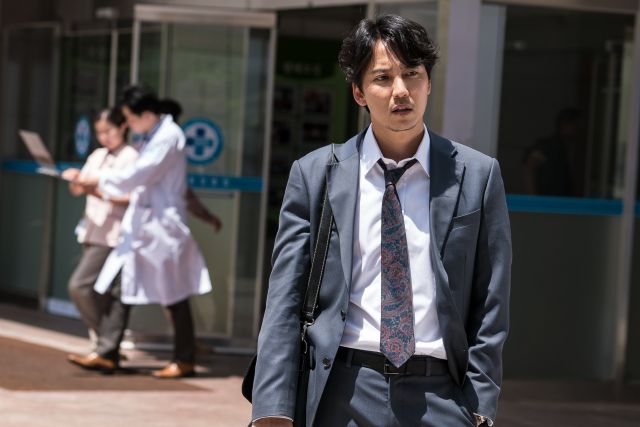 Kim Nam-gil is quite good as Kang-soo, portraying his character's deep sadness in impressive fashion, in a role that does not change much throughout the movie. Chun Woo-hee as Mi-so is even better, adorably portraying a girl who appears happy, but is tormented inside, with gusto.

"One Day" is a film almost exclusively addressed to fans of the melodrama, and in that aspect, it definitely achieve his goal. Fans of other genres will probably have a hard time with it.

"One Day" is directed by Lee Yoon-ki and features Kim Nam-gil and Chun Woo-hee.