Films of lesbian interest seem to have become a minor trend in the Korean indie film industry, and Han Ka-ram, in her debut, uses the concept in its most subtle form, in order to present a number of social comments.

Ja-young is a 31-year-old woman whose many years of trying to pass the public official exams and the pressure to do so from her mother, has led her to depression. Tired of everyone and everything in her life, she quits her studying, and begins living a life without any specific purpose, to her mother's disgruntlement. One night, as she walks in a park near her house, she witnesses Hyun-joo, a woman roughly her age, running, and her life suddenly finds its purpose. In her effort to get closer to the woman, Ja-young takes on running herself, eventually becoming a member of a group of night runners that also includes her object of "obsession".

At the same time, after a recommendation from an old friend, she takes a part-time job at a large corporation, where a number of people eventually take part on a race that leads to an internship, and subsequently, a permanent position. As her relationship with Huyn-joo floorishes, Ja-young also experiences the corporate world first-hand, until a sudden event turns everything upside down again.

Perhaps the term lesbian-interest is a bit strong for the film, since the homosexual aspect is quite toned down, and just functions as a starting point for the social comments Han Ka-ram wanted to make. In fact, this aspect is almost solely presented through Lee Seong-eun-II's cinematography, who stresses the fact that Ja-young likes Hyun-joo through a number of shots that highlight her body, as he also makes the spectator feel like he/she is picking on her (checking her out if you prefer). This tactic eventually extends towards Ja-young, as Han Ka-ram wanted to highlight the fact that running made her physique quite better. The cinematography of the film is actually one of its better assets, with Lee Seong-eum presenting a number of quite intriguing night shots, usually involving running.

To return to the social comments of the film, Han Ka-ram shows how difficult the professional life of contemporary Koreans can be, with the exams for the public sector being quite difficult to pass and the private sector being a true dog-eat-dog setting, where people use everything in their power (including sex and tampering with others' work) in order to secure a position. Furthermore, she also makes a point of showing the way parents actually burden their children in the aforementioned regard, as they try to impose their will and dreams on their offspring, without caring about their wishes and their psychological status at all. Han stresses this fact repeatedly, as Ja-young's mother still insists on the same thing, even after almost everything has changed in her daughter's life. This aspect highlights another comment, of parents do not really knowing what is going on with their "kids".

The benefits of committing to something, in this instance running, are also presented as a sort of solution for depression, with Han highlighting the benefits of physical training, both physically and psychologically. 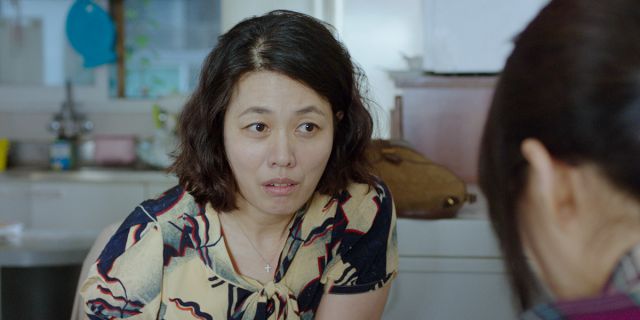 All of the aforementioned are presented through a slow-burning, quite art-house style, with the pace implemented by Han's own editing mirroring the detached-from-everything psychological situation of the protagonist. In 93 minutes though, the film does not extend its welcome in any way.

Choi Hee-seo as Ja-young is the undisputed star of the film, as she presents her character's declining psychological situation with accuracy. The scenes where she is completely overcome by depression are the highlights of her performance. Ahn Ji-hye-II as Hyun-joo functions quite well as the object of obsession, particularly through her appearance, while her presentation of a character who does not seem to realize what is going on with her co-runner, is quite good.

"Our Body" is an interesting film that follows most of the "rules" of the Korean an indie, whose fans will probably form the group that will mostly enjoy the movie.