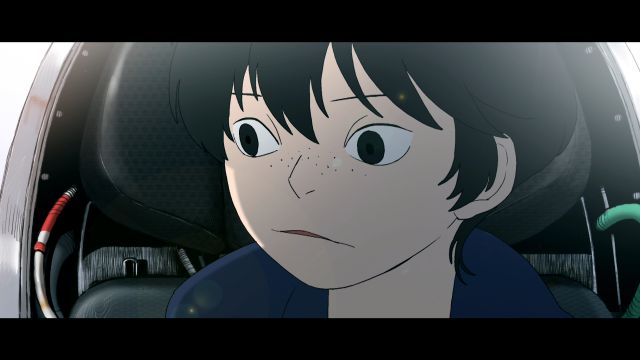 Animator Park Hye-mi did quite an impression in 2015, with her debut feature "The Crimson Whale" about an orphaned girl trying to make a living in a dystopic setting. "Scarecrow Island" is her second work, a short this time, which moves along similar lines.

After a massive nuclear blast, almost all of humanity suffered from terminal illnesses. The few that survived managed to escape and create a safe space to live in. The only living creatures that remain on the rest of the land are monstrous non-human life forms. Humanity is now trying to regain these lands, but in order to do so, the army has asked every parent to turn every children older than 5 over, in order to be trained as pilots, promising some vague privileges once the lands are reclaimed. The main protagonist of the film is one such boy turned pilot, who, in one of his flights, spots an undamaged island, which seems to be populated by people. The boy becomes obsessed with the island. 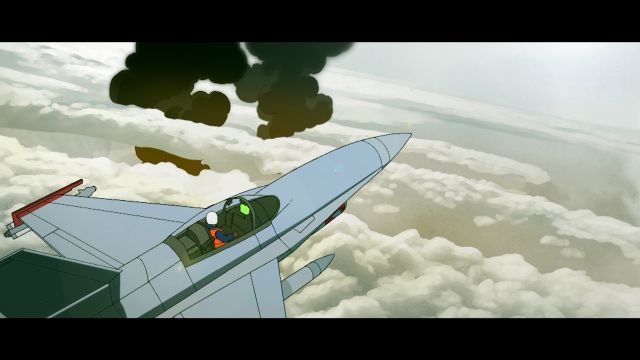 Park Hye-mi creates a dystopian future and paints it with the darkest of colors. The Earth is almost completely destroyed, taken over by monsters, and the army is the one that rules the rest of humanity, through propaganda and extreme tactics. In this setting, the island is an obvious metaphor for hope, as a concept, while the army's behaviour towards the boy is a metaphor for the ruling class, that will not let anyone escape its hold, and will marginalize all those that goes against it, or even imprison them if they continue resisting. Park makes another comment, that in order for one to achieve freedom, two factors are necessary: hope and the will to leave everything behind, particularly their comfort.

The drawing in the film is quite good, and Park seems to have taken steps forward from "The Crimson Whale", particularly regarding the human characters. The animation is also well crafted, as it is exemplified in the plane flights. The same applies to the coloring, which highlights the differences in the environments, inside and outside of the "safe area". The concept of the scarecrows in the island is a combination of the beautiful aesthetics of the film.

"Scarecrow Island" is a nice-looking animation that manages to say a lot in just 19 minutes. 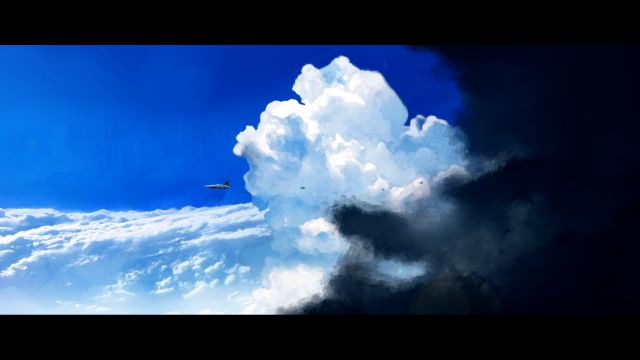