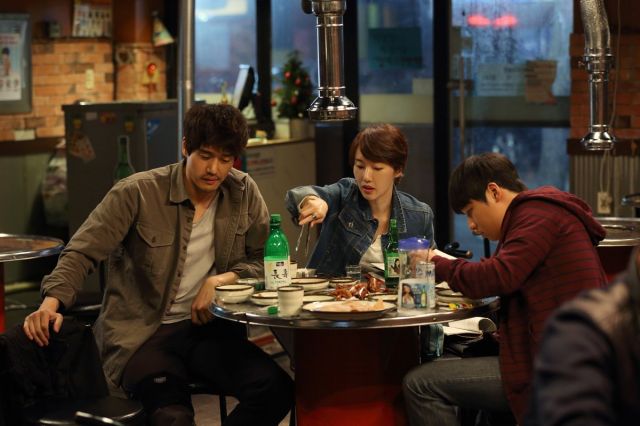 I have to admit, sometimes I forget the appeal a good mainstream movie can have and the entertainment it can offer. "Split" does exactly that, through a Korean version of "Rain Man".

Cheol-jong used to be the best professional bowler in the country, but a tragic car accident destroyed his leg, his career, and even his family. Now, he plays in underground bowling matches that are organized by Hee-jin, an owner of a bowling alley who is in deep debt. The betting in this games is quite heavy, with some outsiders "patrons" participating, and Hee-jin hopes to repay her debt through the abilities of a limping Cheol-jong. However, his partner in the matches is not as good, and the two of them end up losing a lot of money, in a series of events that ends in violence. Their fate, though, changes when Cheol-jong meets Yeong-hoon, an autistic youngster with an incredible ability in bowling, but uncountable quirks. As the three of them start gaining money again, an old foe, Toad appears again threatening everything they have gained, while the tragic past of Yeong-hoon is revealed.

Choi Gook-hee, in his debut, pens and directs a film that moves in the widely known paths of mainstream cinema. In that fashion, the presence of a sport entails the competition that is always an attraction as a concept, and there is comedy, drama, some violence, revelations, and even a small dosage of romance. All of the above elements are expected, but Choi manages to retain a balance among them, particularly through the relationship of the two male protagonists, which carries the film for its whole duration.

The only fault I found in the story is the ending, which seems to go a bit overboard with a fight that does not fit the general aesthetics, and a happy, but rather melodramatic ending. 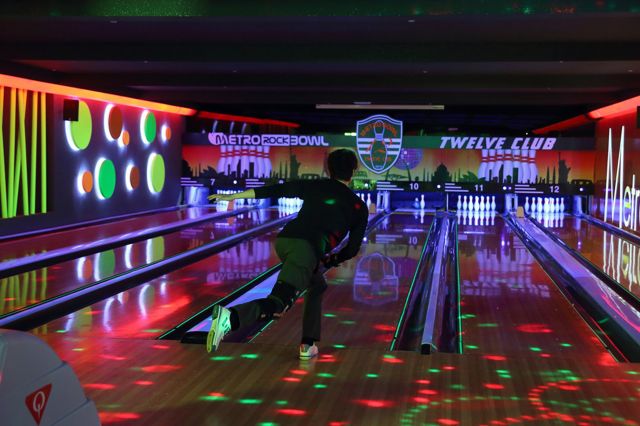 Furthermore, bowling is presented in quite impressive fashion, with the concept benefitting the most by Baek Yoon-seok's cinematography, which gives the bowling alleys a colorful and very pleasant feeling, and Kim Sun-min's editing. Particularly the latter manages to retain a sense of agony through the majority of the matches, with some fast but very accurate cuts.

Yoo Ji-tae plays the attractive bad boy with gusto, while the revealing of his true circumstances makes him even more likeable, despite the somewhat arrogant character he plays. Lee Jung-hyun as Hee-jin gives the necessary female element, while her character is the main representative of the comic element. Jung Sung-hwa is a great villain as Toad, although his character is extreme in conception, as an ex-bowling player who turned loan shark/gangster. However, as in the case of "Rain Man", the one who steals the show is Lee David, who plays a great Yeong-hoon, managing to portray an autistic character with accuracy and sensitivity. Furthermore, the film benefits much by the chemistry of the three "good guys", with their collaboration being one of the highlights of the movie.

"Split" is a very easy film to watch, that will entertain its audience, and allow them to enjoy a story without having to overthink it. 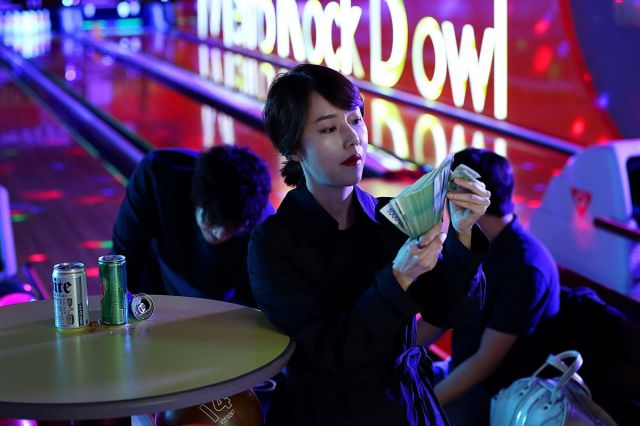 "Split" is screening at New York Asian Film Festival (Festival entry), that will be on June 30 to July 16