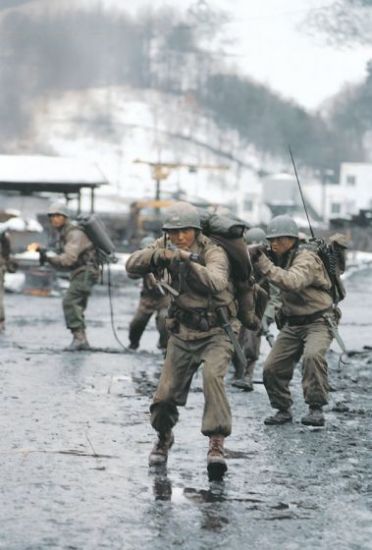 The fourth-in-a-row blockbuster regarding the relations between North and South Korea (after "Shiri", "JSA - Joint Security Area" and "Silmido"), broke the records of both budget, with $12,8 millions, and admissions, with 11.74 million spectators in the country's cinemas, while its earnings bordered on $70 million. Furthermore, it was a success in Japan earning $9,7 million, and it was also released in the United Stated, earning $1,1 million. Testament to the scale of the production are the years of research spent to ensure historic validity, the huge sets, and the number of supernumeraries used, who exceeded 25,000, in order to achieve absolute realism in the war scenes.

The film begins in 1950's Seoul, where two brothers, Jin-tae and Jin-seok are living with their mother and the former's fiancé, Kim Young-shin. Jin-tae has dropped out of school and is working as a shoe shiner in order to pay his brother's tuitions, who studies at the university. The two women operate the family's tavern. Alas, in June, North Korea invades the South, Seoul is evacuated, and Jin-seok is violently enlisted. When Jin-tae is informed of the event, he attempts to help his brother escape from the train that is to take him to the front. However, he also ends up enlisted, despite the law that states that only one son from each family can be drafted. 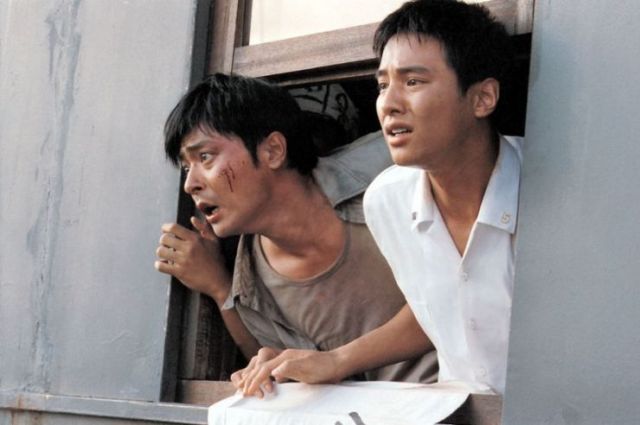 A while later, Jin-tae learns that if he manages to receive the highest award for a South Korean soldier, the Taeguk Cordon of the Order of Military Merit, he can send his brother home. In order to achieve that, he starts volunteering all the time, even for suicide missions, showing much zeal and ability in all of them, to the point that he is soon promoted to sergeant. Jin-seok, however, does not realize his brother's motive and is terrified by his  transformation to something, that in his eyes, looks like an obsessed murdered of communists. Gradually, their relationship is poisoned. 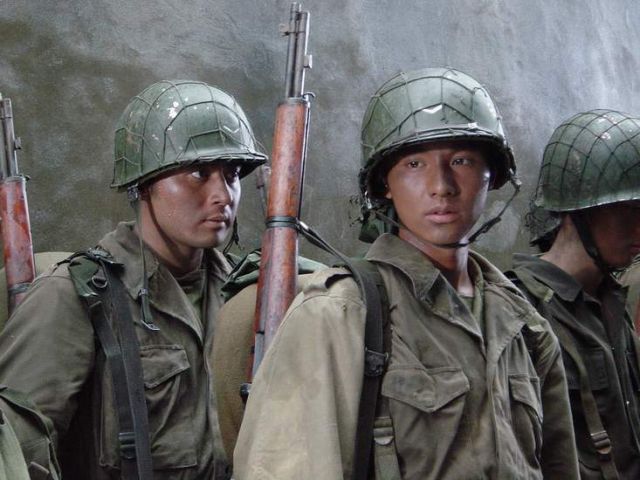 Kang Je-gyu, who also directed "Shiri", seems to thrive in this kind of film, which could be described as a blockbuster regarding the war between North and South Korea, and individuals' relationships within this frame. However, the direction has a number of flaws. The first one is that he draws extensively from "Saving Private Ryan", a fact that becomes evident from the introductory scene, where an old man looks back into the past in front of a grave. Furthermore, he is not bothered much with avoiding the genre's clichés, as is the case with the soldier who keeps showing his family's photo to his comrades, in one of the most common scenes in war films. Another negative is the excessive melodramatic nature of the film, an evident effort to appeal to the South Koreans's love for tearjerkers, that was, nevertheless, absolutely successful. Lastly, the film's duration is somewhat hyperbolic, particularly because it occurs from the overly extensive second part, which becomes quite tiresome after a fashion.

On the other hand, the characters' analysis is quite good, particularly Jin-tae's, with Kang Je-gyu letting the spectator decide if his motives and bravery are actually altruistic or if he eventually transforms to a cold-blooded murderer. In addition, a point of excellence is the relationship between the two brothers, and the changes that define it, as is the case with the circumstances of those living in the interior, a part mostly centered on Kim Young-shin.

However, the part that "Taegukgi" truly excels is the action scenes, where the film's budget becomes evident the most. The depiction of the conditions of battle is utterly realistic, depicting the desperate circumstances of war to the fullest, with mud and blood dominating the scenery. Particularly the sequences when the brothers arrive to the front and throw themselves into battle are magnificent, as is the case with the final battle. Hong Kyung-pyo's awards for Best Cinematography from both Grand Bell and Blue Dragon were well deserved. 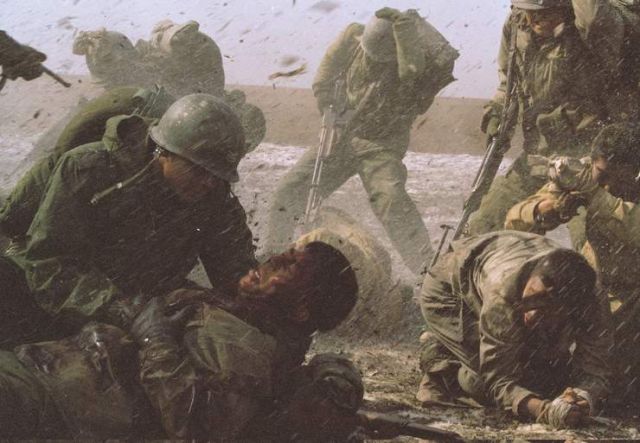 Jang Dong-gun is quite good as the self-contradictory Jin-tae, mutatis mutandis, since "Taegukgi" is definitely not a social, character drama. Actually, he is a much better actor than he appears to be in this film, since the script does not allow him to present his talent to the fullest. Nevertheless, he fulfills his role in adequate fashion. The same applies to Won Bin as Jin-seok, although his role is slightly more demanding, with him having to depict his character's growth from a naive schoolboy to an uncompromising humanitarian. Lee Eun-joo has her moments as Young-shin, although her part is evidently secondary. 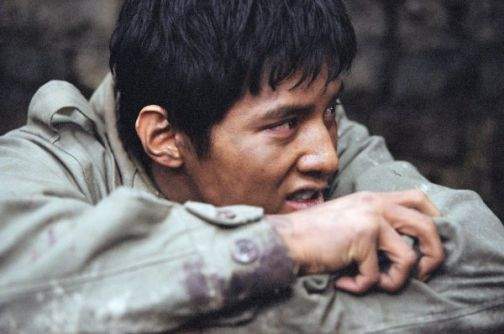 Kang Je-gyu focuses on the parts of the film that the audience is expecting to see when attending a war movie, and in that aspect, and despite the film's flaws, he succeeded to the fullest.