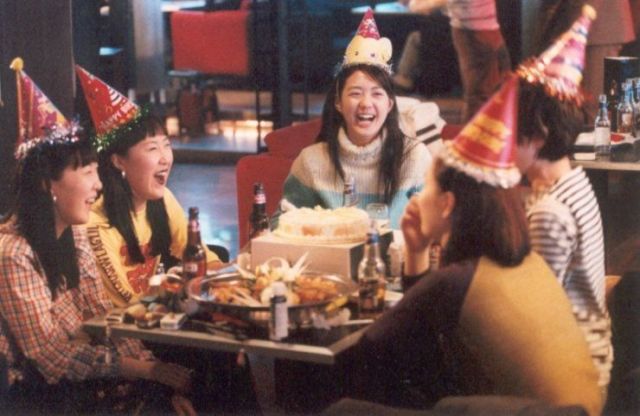 Despite its mediocre accomplishments in S. Korean box office, "Take Care of My Cat" received great reviews and went on screening in a number of festivals around the world, winning a plethora of awards.

The script revolves around five friends in the city of Incheon, who have recently graduated high school and are trying to cope with the adult world. Tae-hee works for the family's sauna and volunteers as a typist for a poet suffering from cerebral palsy. However, her dream is to leave far away, at some point. Ji-yeong is an orphan living with her very poor grandparents in a rundown house in the slums of Incheon. She tries to become a textile designer; however, she has to take up odd jobs in order to make an income and even then, she regularly takes loans from her friends. Hye-joo is working in a brokerage firm and dreams of becoming a broker herself, although, since she has just started, she just has menial work. Twins Bi-ryu and Ohn-jo make their living selling handmade jewellery on the street. 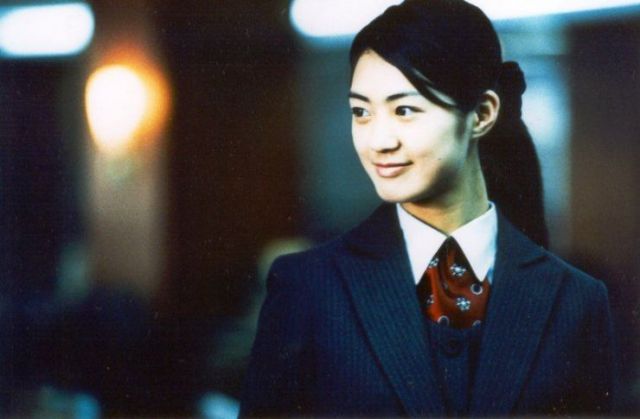 None of the girls has attended university, although this seems to affect Hye-joo the most, as she cannot move up in the company if she does not get a degree. Tae-hee struggles to keep their friendship intact, but Hye-joo's behaviour, who eventually moves to Seoul, does not make things easy, particularly when her friendship with Ji-yeong deteriorates due to some harsh comments, and the return of a cat Ji-yeong gave her as a birthday present. Their lives become increasingly difficult, and eventually tragedy hits one of them.

Jeong Jae-eun, in her debut, pens and directs a very tender film, which is presented as an entry in the coming-of-age category, but actually uses the five girls to communicate her sociopolitical messages. The film however, functions excellently in both levels. Regarding the first one, Jeon focuses on Tae-hee, Ji-yeong and Hye-joo's characters and their relationship that becomes more and more complicated as they grow up and their differences surface. Hye-joo is a spoiled rich girl and does not have any conviction in highlighting the fact in front of their friends, as she takes them for granted most of the time, and particularly when she has to decide between them and her work. At the same time, she appears too eager to live Incheon, in another action that jeopardizes her friendship with the other girls. Lastly, she is somewhat disengaged from her actual life as she is set to make it in the corporate world, with the highlight of this tendency coming when her parents are divorced, but she does not seem to care at all. Ji-yeong is the exact opposite, since she is very poor and has to live with her grandparents in the slums of Incheon. Her life has made her too aware of what is going on around her, to the point that she has become bitter. Inevitably, the two of them clash, leaving Tae-hee in the middle, trying to keep the "gang" intact despite their evident and continuously growing differences. At the end of the film, when their differences become unabridged, she makes a definite choice between them. Furthermore, she is the only one who seems to have some social awareness, despite her somewhat bohemian nature.

The cat of the title actually symbolizes the feelings they have for each other, and, eventually, is the only thing that connects all of them. In that fashion, Ji-yeong originally finds her in the street; then she gives her to Hye-joo, but she returns her because she is too busy to take care of her. Eventually, the cat ends up with Tae-hee who gives her to the twins at the end. If you substitute the word cat with love, the meaning becomes clear.

One of the main messages Jeong Jae-eun presents through the film is the impact higher education has in S. Korean society, which, at the time (beginning of the 21 century) was experiencing a significant financial growth. In that fashion, Hye-joo believes that she can make it in the world because she has attended a two-year institution and even looks down on her friends, who have not. However, her dreams are quickly shattered, when her higher-up informs her that she cannot advance in the company without a university degree, whose lack eventually leads her to having just menial jobs in the company. Jeong also criticizes consumerism, which was taking the country by storm at the time and the pretentiousness the acquisition of style through money leads to. This message is highlighted in a scene in the middle of the film, when all the girls visit a department store. What occurs eloquently highlights Hye-joo's increasing alienation from her friends due to her economic and social pretentiousness. At the same time, Ji-yeong, who cannot indulge at all in consumerism, eventually is separated from the other girls, who cannot find her, in a very clear metaphor of their relationship. 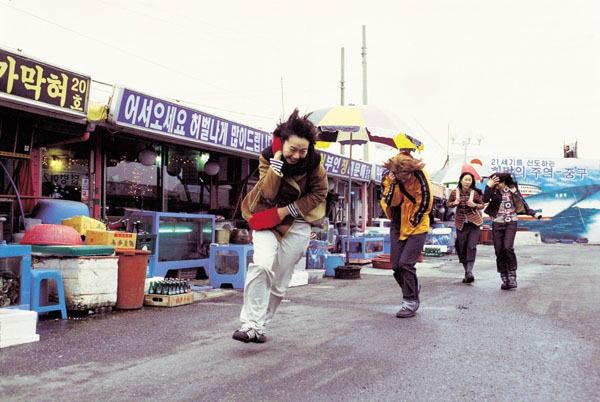 Technically, and despite its evident low budget, the film is quite impressive, as it functions, occasionally, as a tour guide of Incheon. However, this tour is not one for tourists, but rather one in the everyday lives of people who actually live there. In that fashion, Choi Young-hwan's cinematography is a thing of beauty in this portrayal, while Lee Hyeon-mi's editing retains the mellow, although not slow, rhythm of the film with artfulness. Jo Seong-woo and Kim Joon-seok's music is connected with each scene perfectly, heightening the subtle but permeating sense of nostalgia the film emits. Some special effects also work very nice with the film, as the introduction to the title through a textile effect, the words Tae-hee types that are shown on the desk beneath the typewriter she uses and a number of mobile messages that appear on screen, occasionally.

The acting is also on a very high level. Lee Yo-won is great as the spoiled and insensitive "princess" Hye-joo. Ok Ji-young manages to portray the sadness of Ji-yeong with very little words, through her facial expressions and body stance. However, the one who steals the show is Bae Doona as Tae-hee, who manages to appear sensitive, decisive and, most of all, extremely likeable at the same time, in all the scenes she appears. 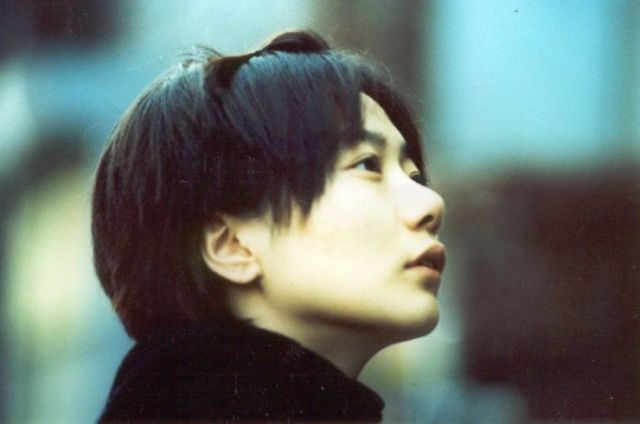 "Take Care of My Cat" is a great film, a great specimen of S. Korean indie cinema, and a clear indication that there is more in the county's film industry than blockbusters and action thrillers.

"[Guest Film Review] "Take Care of My Cat""
by HanCinema is licensed under a Creative Commons Attribution-Share Alike 3.0 Unported License.