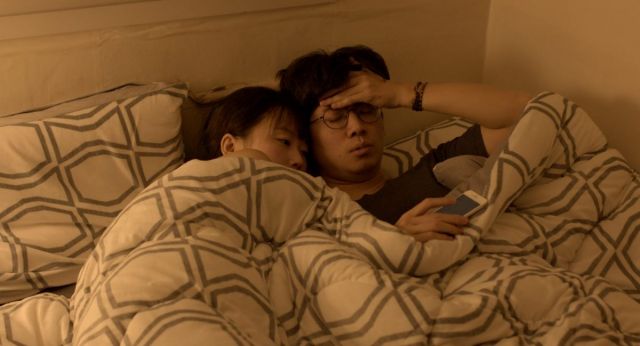 It is always reinvigorating when a movie reminds me that, apart from the crime/action thrillers and the melodramas, South Korea also has a presence in indie, art-house cinema, occasionally producing great films of the genre. "The First Lap" is a distinct sample of the fact in a production that netted Kim Dae-hwan the Best Emerging Director award from Locarno.

"The First Lap" (Festival entry) is screening at London Korean Film Festival that will be on October 26 to November 19.

Twenty-somethings Soo-hyeon, an art teacher, and Ji-yeong, a coordinator of a TV-news team, have been living together for seven years, but they are kind of stuck, in their relationship, financially and professionally. When Ji-yeong tells Soo-hyeon that she might be pregnant, they are both forced to look at their relationship and their lives in general. Not sure of their choice, they decide to embark on a road trip, first to Jeonju, where Ji-yeong's parents live and then to Samcheok, where his do. 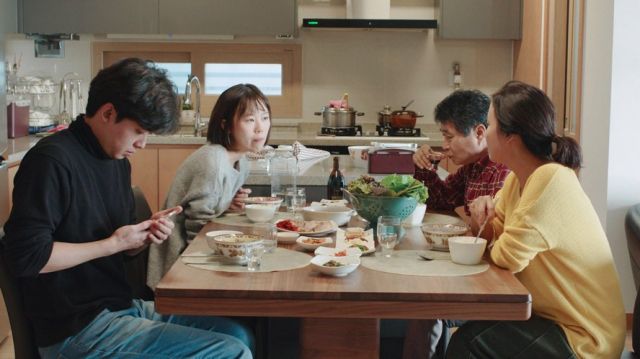 Ji-yeong's parents are upper middle class, living in a high-class apartment. Although the father is calm and very supportive of Soo-hyeon, the mother is quite frustrated with her daughter who hasn't married or had any children yet. As she drops her opinions on the couple during dinner, the tension grows and her differences with her daughter surface quite harshly, resulting in the couple leaving.

Things do not go any better in Soo-hyeon's household where his father becomes drunk and aggressive during a family dinner in his mother's restaurant. And although Ji-yeong does her best to be as kind and presentable as she can, Soo-hyeon does not seem to be able to cope with the situation and the couple leaves once again, a series of events that jeopardizes their relationship.

Kim Dae-hwan directs a very realistic movie that examines the contemporary relationships of couples and of children with their parents. Despite the uncertainty dictated by the times (an associate of Soo-hyeon actually advises him to bribe one of his former teachers to go forward with his work and the scandal or President Park is frequently mentioned), Kim seems to present a solution at the end. This solution, however, is quite harsh, at least from a conservative point of view, since it involves cutting all parental ties. The previous generation is actually presented as a burden for the new one.

Cutting of these ties, though, is also part of radical change. This is the other part of the solution Kim proposes, the change of oneself. This opinion is presented through Soo-hyeon words: "If there is something you don't like about yourself, you can change it". 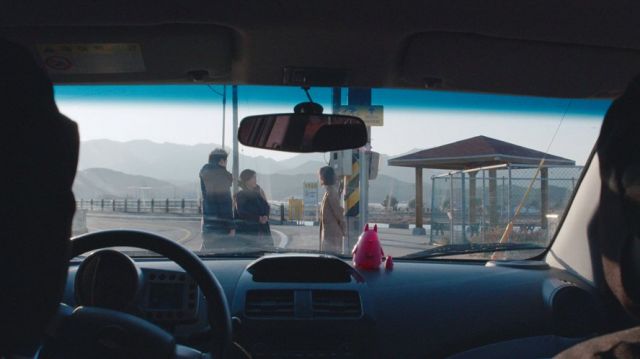 The film follows the "rules" of the art-house film quite closely, with a lack of music, the slow pace and the lengthy one-shots, although the dialogues are almost constant. A large part of the film takes place in a driving car, with Cho Kyung-suk's camera placed in the backseat, while the protagonists are only heard, not seen. In that fashion, the car screen functions impressively well as a framing device, regarding both the surroundings and the few times where the two of them are standing in front of it.

Both Kim Sae-byuk as Ji-yeong and Cho Hyun-chul as Soo-hyeon play their parts with naturalistic restraint, without any kind of exaltation, although the scenes where their disappointment for their parents becomes evident are quite impressive.

"The First Lap" is a film quite similar to the ones of Hong Sang-soo, although without his unique sense of humor, that ends in a very positive note, which actually makes it quite easy to watch, in its gentle and quiet nature.

"The First Lap" is directed by Kim Dae-hwan and features Kim Sae-byuk and Cho Hyun-chul.