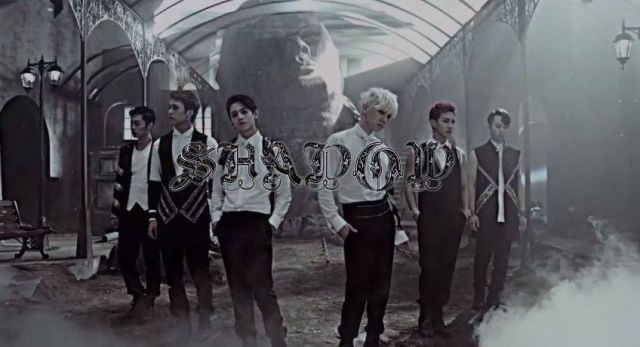 The six member band Beast from South Korea made an exciting comeback on 19th July with their new song Shadow. Based on a dark, creepy theme, the track went viral among fans on the release day and didn't take long in topping the charts.
Shadow showcases the kind of music that suits the band pretty well. Beast went away from usually summer hippie style and it worked well for them because the track reached number 1 on major Korean music websites.

If you're a fan of Beast from U.S. and planning to travel to one of their concert, you can save money if your credit card offers travel miles - like the cards listed on NerdWallet. This can help you save in two ways – first travel miles can be used to get a ticket later without paying anything. Secondly, the no foreign transaction fee feature will allow you to purchase a concert ticket from an international site without having to pay the extra % that can go as high as 3%.

The boys look pretty groomed, and Hyunseung is standing out with his blonde hair. Hyunseung's eye makeup appealed to most of the watchers. It suited his appearance pretty well.
Junhyung is looking decent as well. The music video incorporates a great deal of artistry with the special effects, tarantula and the girl bringing in those soft vocals. One of the boys made use of the mirror effect pretty well when he jumps and disappears.
Junhyung's rap lyrics could have been better, but he did made the most out of it with his style, vocal speed and appearance. One part of the appearance that could have been replaced with something else was the earrings the boys were wearing (as they are becoming too main stream in Kpop).
Yoon Doo-joon's part in the track was pretty cool, and he did show off some amazing dance movies. Even though most of the dance moves in the song have been performed by the band before, they didn't disappoint and turned it up in this music video.
Some of the Fiction & Shock dance moves were apparent in the music video, and Yoon Doo-joon ended up with the best segment of the video. Looks like Lee Gi-kwang had to do the hardest part, but he did the English segments and the low notes pretty well. His outfit complemented his overall appearance, and the way he wore the vest looked quite good. Lee Gi-kwang expressed the emotions quite well, and his short, simple, read hair color looked pretty sleek.
Dongwoon looks one of the finest in the video. His handsome and tall build makes him hard to neglect, and many folks are going to like his gold embellishments and black vest. However, it would have been better if he was given more screen time. The cute Yoseob will also turn heads with his ripped look, and vascular arms.
The last set was magnificent when the video was zoomed out, giving a view of old buildings. The light hitting the boys was also magical. The song reminds you of the 'Fiction and Fact' days.
What are your thoughts? Did you like the video?