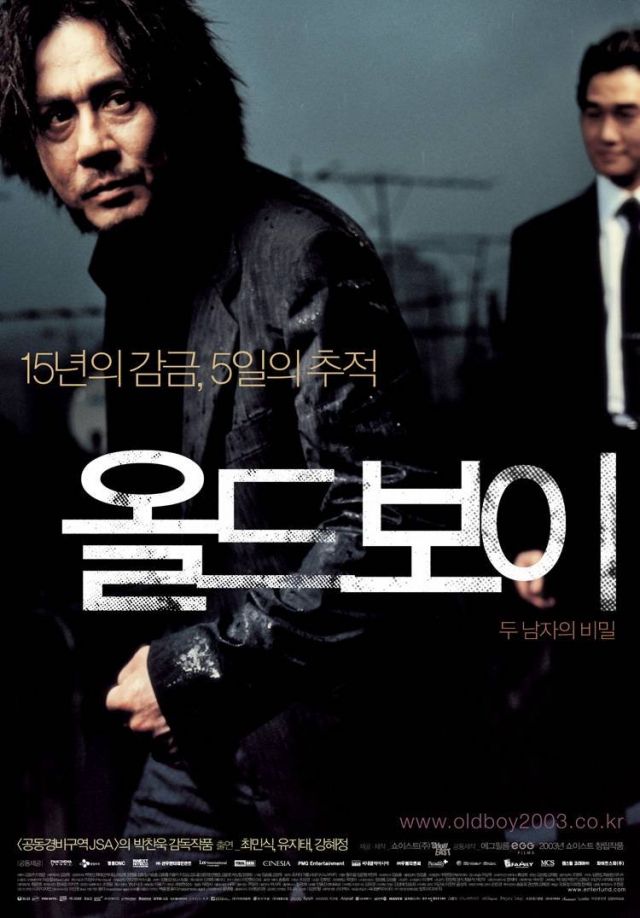 Korean movies don't tend to get as much press as obvious places like Hollywood, Bollywood, or Japanese theater, but they still make plenty of films that gain worldwide traction. Here are a few examples of some Korean films you may even recognize.

"Old Boy" is a Korean movie from 2003. The movie is about a character named Oh Dae-Su who is kidnapped and then imprisoned for 15 years in a hotel room for some reason he can't even remember anymore. Then, after 15 years of being locked up, suddenly he's let go, for no apparent reason. And more than that, he finds himself with money, fine clothes and even a cellphone did his kidnapper let him go? Why was he kidnapped in the first place? What game is his kidnapper playing with him? Fans report that the movie as about as suspenseful as you can get, and although the twists and turns just keep coming, the director manage to make them sensible each time. So if you like suspense horror and edge of your seat twists, it could b worth a view.

The movie "Musa" is set in 1375. It describes the exploits of nine warriors of Koryo, who are envoys exiled from the Empire of China. Their mission is to save a princess of the Ming Dynasty from Mongolian soldiers. Coryo was an ancient kingdom in what is known today as Korea. The kingdom sent envoys to try to make peace with the brand new Ming Dynasty while it was still fighting with the Yuan dynasty in the 14th century. The movie is a period piece with plenty of action and war and it's one of the more well known Korean films.

"The Good, the Bad, the Weird"

You can tell right off the bat that "The Good, the Bad, the Weird" is a hard core movie since one actor broke a leg, and the other broke an arm during filming. The 2008 movie follows two outlaws and a bounty hunter during 1940s Manchuria while they try to fight each other for access to a treasure map. Meanwhile, the entire Japanese army, as well as Chinese bandits are bearing down on them. This makes for quite a unique treasure hunting movie, as you might well imagine. It's like the eastern version of a Wild West movie, and many say it's well worth a watch.

Movies in the West have generally done a thorough job of covering issues related to American wars from the American side. For example, the show M*A*S*H is one example of the American view of the Korean war. But, "Taegukgi" shows things from the Korean side. It's about two brothers who get conscripted into the war, and the struggles they have as a result. The movie focuses more on the family drama effects of war, and less on choosing sides.

It can be a cool experience to try foreign films in areas you've never tried before. Many people are used to foreign films from places like China and Japan at this point, but Korean films are brand new territory for just about everyone.

Writer Biography
This is a guest post by Lindsey Mcmahon. She likes to travel, play and read in her free time. Her interests are entertainment, television, parenting and health but she is constantly extending her field of view to incorporate interesting news suggested to her by her readers. She currently works for Direct TV.