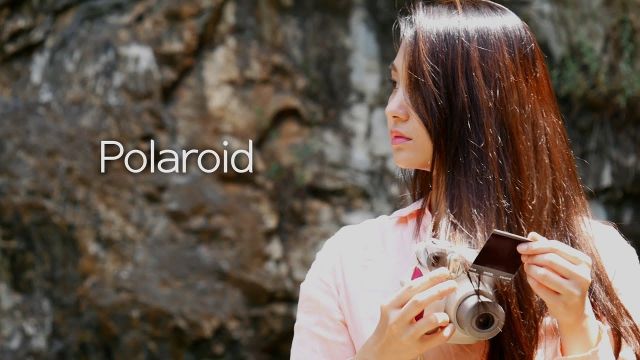 The quite prolific Oh In-chun continues to explore the boundaries of the minimalist horror film by shooting a 4-minute short that has the instant camera as its base, with an iPhone 7.

A woman walks alone in a tourist settlement inside a canyon and starts taking pictures with her instant camera. However, when she checks the first photo she sees something very strange, since her back is actually depicted on the image. She repeats the process twice but the result is the same. She starts getting a bit scared and decides to move to another position nearby, where she takes another photo, but the result is the same. Then she tries to take a picture while moving fast but this time the photo is even worse, since it focuses on her eye, while, soon enoug,h she realizes that is not her own one. Agony and angst starts taking her over completely and then something really bad happens.

Oh In-chun directs a short that is placed somewhere between a movie and an advertisement, with the effort of highlighting the particular brand of the camera not being subtle at all. Nevertheless, the film works quite well in communicating the agony and the subsequent terror that embrace the protagonist, with the rotating camera, the intense close ups, the fast cuts and the sound all moving towards this direction.

Yoon Joo's acting is quite good, as she highlights her growing agony and the feat that takes her over convincingly, in perfect resonance with the film's minimalist aesthetics.

Overall, "Polaroid - Short" is an entertaining short that highlights Oh In-chun's prowess in the genre, while it also succeeds as a commercial (at least at a personal level, since, after watching it, I really wanted to buy one of those cameras).