"Gyebaek" extends six episodes, will end on November 22nd with its 36th episode 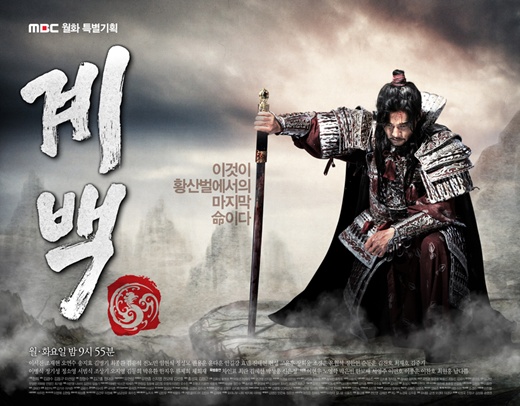 Initially intended to run for 30 episodes, MBC's "Gyebaek" will end on November 22nd with 36 episodes. An official in the MBC drama department said, "We thought about four to six episodes but decided on six. The team is doing great work to create a successful conclusion".

"Gyebaek" started right after "Miss. Ripley" as it failed to extend and started broadcasting without enough filmed episodes. Therefore, the start of this drama was almost live and the whole production team and crew suffered from exhaustion. However, to make a more completed conclusion, they have decided to add 6 more episodes. This official said, "We think we need to shoot the drama until the last day. Even though it has been maintaining double-digit ratings, the last minute spurt should be worth looking into".

It seems like "Gyebaek" will have the attention of the viewers as Gyebaek (Lee Seo-jin) personally kills all of his family and sets out for the battle with Hwangsanbeol.

After "Gyebaek", "Lights and Shadows" is starting on November 28th.

""Gyebaek" extends six episodes, will end on November 22nd with its 36th episode"
by HanCinema is licensed under a Creative Commons Attribution-Share Alike 3.0 Unported License.
Based on a work from this source