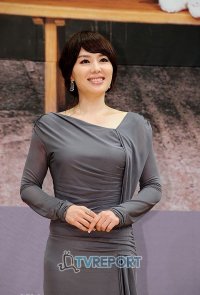 Ha will co-star in the musical 'Goodbye Girl' with Jung Sung-hwa which will open at the Baekam Art Hall on March 28.

Ha will take on the role of 'Paula', a beautiful divorcee and former successful Broadway dancer who gets her heart broken repeatedly by the men in her life.

'Goodbye Girl' is a romantic comedy musical based on a 1977 film written by famous U.S. playwright Neil Simon. Added to Simon's witty script is music by Marvin Hamlisch, well-known for his music in 'Chorus Line'.

Ha, who appeared in Simon's 1991 play 'I Ought To Be in Pictures', said it was not an easy decision to return to the stage but said she really wanted the part as a huge fan of Simon's works.

Jung said she is honored to take part in a musical by a writer she has always respected and is happy to co-star with the veteran actress. She said she hopes to portray her unique sense of humor to the audience.