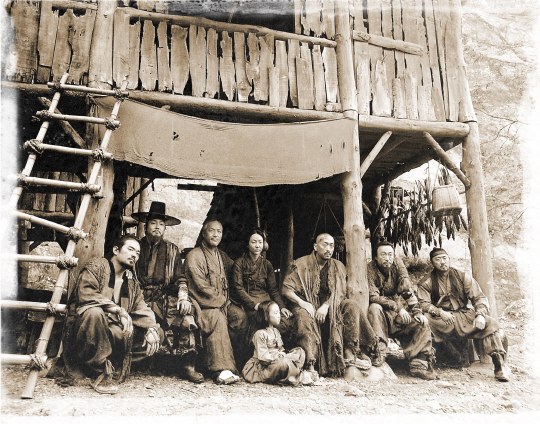 Ha Jung-woo and Gang Dong-won are starring in the movie "KUNDO: The Age of the Rampant".

"KUNDO: The Age of the Rampant" is directed by Yoon Jong-bin from "Nameless Gangster" and is co-starred by Ha Jung-woo and Gang Dong-won. Other casts include Lee Kyung-young, Lee Sung-min, Cho Jin-woong, Ma Dong-seok, Yoon Ji-hye, Jung Man-sik, Kim Sung-kyun and more.

"KUNDO: The Age of the Rampant" completed filming in November and aimed for released in the summer of 2014. The movie consists of Korea in the 21st century and the Chosun times in the 19th century. The movie was filmed for 189 days all over Gunsan, Goorae, Dam-yang, Gwesan, Bong-hwa, Andong, Hadong, Yangjoo, Yongin, Yeong-wol and more.

Action historical "KUNDO: The Age of the Rampant" is different from usual historical which deals with the internal fight for authority and looks at things from a civilian's point of view. The black and white pictures of Ha Jung-woo and the other impressive casts stimulate excitement. 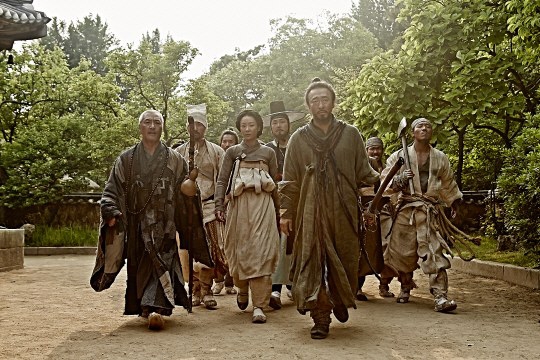 "Ha Jung-woo and Gang Dong-won in "Kundo""
by HanCinema is licensed under a Creative Commons Attribution-Share Alike 3.0 Unported License.
Based on a work from this source