Ha Ji-won does gardening in France 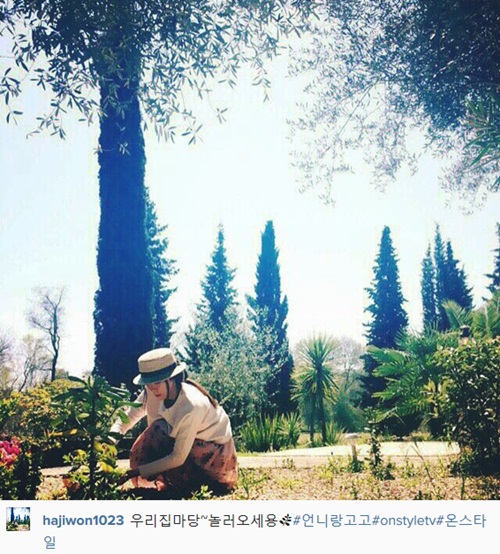 Ha Ji-won's photo was revealed to show her doing some gardening at a house in southern French area.

Actress Ha Ji-won shared a photo of herself on her Instagram on April 20th, along with a caption, "Come and play in our backyard. 'Go, go with Unnie' OnStyle".

In the photo, Ha Ji-won is a spring lady wearing a panama hat to block the sun and is dressed up in the comfortable and brisk style.