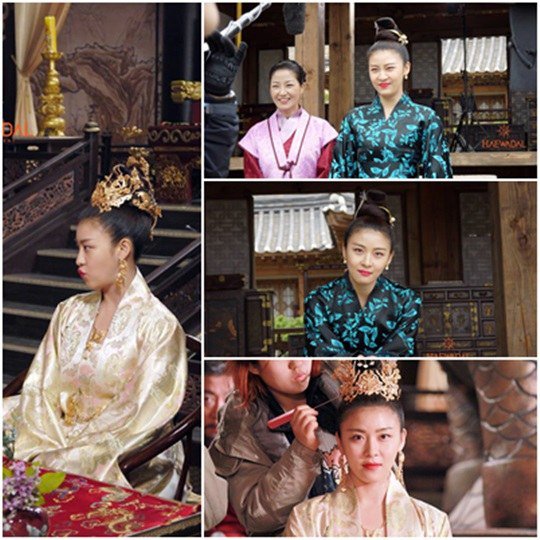 Ha Ji-won showed around the set of "Empress Qi".

She posted several pictures of the set on Facebook.

Behind-the-scenes of "Empress Qi", the charismatic Ha Ji-won was nowhere to be seen and she was chatting and smiling with her co-stars.

Meanwhile, with two more episodes to go on "Empress Qi", Ta Hwan (Ji Chang-wook) is infuriated with the truth of Maha's birth and although he's only had desire for Ki Seung-nyang, what will he do next?

"Ha Ji-won reveals "Empress Qi" filming set"
by HanCinema is licensed under a Creative Commons Attribution-Share Alike 3.0 Unported License.
Based on a work from this source