Ha Jung-woo and Jun Ji-hyun as a married couple again? 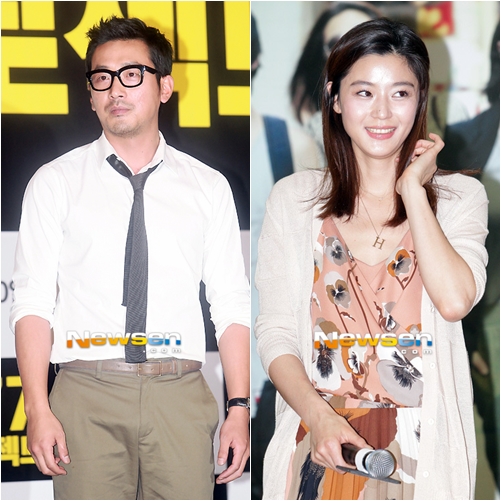 It is likely that Ha Jung-woo and Jun Ji-hyun are coming together as a married couple once again.

Ha Jung-woo and Jun Ji-hyun are being discussed as the leading characters in the upcoming movie "The Way Home - 2012".

Ha Jung-woo told News N on the 19th, "We are looking through the scenario but nothing has been confirmed yet.

"We heard Jun Ji-hyun might be his opposing character but even that isn't a 100%".

If they come together again, this will be their second time as a married couple after the movie "Berlin" which is to be released early next year.

"The Way Home - 2012" is about a wife who is framed for drug trafficking and imprisoned in France and a husband who works hard to reveal the truth about his wife.

"Ha Jung-woo and Jun Ji-hyun as a married couple again?"
by HanCinema is licensed under a Creative Commons Attribution-Share Alike 3.0 Unported License.
Based on a work from this source