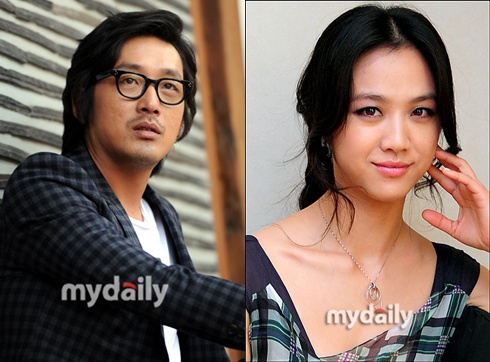 Actor Ha Jung-woo and Tang Wei are being awarded the Best Actor and Actress at the Yeong Pyeong Awards chosen by movie critics.

The Yeong Pyeong Awards hosted by the Korean Film Reviewer Association, was held on the 11th at the Press Center International Confernece Hall in Seoul.

This year, "The Front Line" has been awarded for The Best Film, The Best Director and The Best Rookie Actor.

In addition, "Leafie, A Hen Into the Wild" producer Sim Jae-myeong and chairman of Myeong Films is being awarded the Special Award. The Korean Film Reviewer Association has chosen the top 10 Korean movies this year in an open conference judging.

"Ha Jung-woo and Tang Wei win the Best Actor and Actress "
by HanCinema is licensed under a Creative Commons Attribution-Share Alike 3.0 Unported License.
Based on a work from this source