[Hallyu] Move over girls, the boys are back! 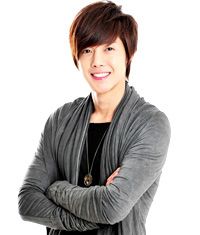 It seems like only yesterday that young, handsome and talented male singers and actors paved the path for local television programs to debut overseas. The word "hallyu" has become a household term in so many Asian countries, including Japan, China and Thailand, and the torch has been passed to yet another group of talented stars, particularly K-pop girl groups. Just when fans may have thought the pretty girls have captivated Asia, the boys, both old and new, have jumped right back into the picture, but on a more diverse scale.

The females take over...

Currently, girl groups are doing a good job in continuing the hallyu craze. Some local press are even calling it the "second phase of hallyu", and the groups have music chart success, concerts and television shows to prove it.

Brown Eyed Girls have also wowed fans with their distinctive styles and tunes, which was quite surprising since the Japanese music industry was what the local music business benchmarked in the past years.

Another factor for the girl group craze is that it is happening simultaneously. In the past, when the hallyu was mainly based on the TV dramas, it took some time for foreign fans to watch and actually appreciate the soaps due to language and shipping issues. Nowadays, however, it's possible to watch, listen and enjoy songs and dramas of their favorite stars, thanks to devoted fans and the Internet. 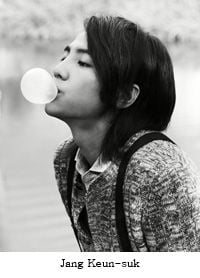 But the guys stand strong

Some may point out that it's been some time since the male stars lost their places in the
"hallyu standing other than in commercials, but for some fans, this is more than enough.

"I can't believe I found this huge photo of Jang Dong-gun right in the middle of Myeong-dong. I have to take a photo", a Japanese fan said in delight on a chilly day in Myeong-dong, Wednesday. She and her friends came to the popular fashion district to purchase products from Korean cosmetic brands, but were surprised to see so many brands promoted by some of Korea's top male stars in Korea. 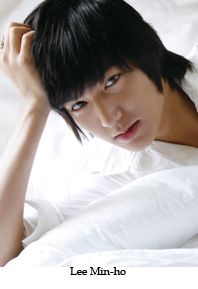 Foreign customers, mostly female, account for more than 70 percent of the sales. So it's not just about selling the products but introducing local brands overseas", said Choi Ji-seon, brand manager for cosmetic brand Enprani.

In order to attract passersby and keep them coming, companies have hired some of the top male actors and singers to represent their products, which has proven to be quite effective.

The Face Shop hired SS501 member Kim Hyun-joong, considering his high popularity in Japan, China and Taiwan, thanks to the hit drama "Boys over Flowers", while Nature Republic brought boy band JYJ to their commercial stands along with Rain. Tony Moly invited actor Song Joong-ki as their main man, while Saem managed to get actor and singer Lee Seung-gi.

"Most of the shops are also located in other Asian countries, including China, Japan and Taiwan, so having male hallyu stars as the faces of such brands is very effective in promoting the products and also the company", an official from the Face Shop said.

Aside from cosmetics, male celebrities are also spreading their charms through television and other various cultural events. 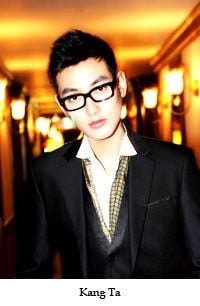 Kangta, former member of the hit teenage boy band H.O.T., was the only foreign artist to be selected as a torch runner during the 2010 Asian Games in Guangzhou. Along with fellow artists including pianist Lang Lang, Kang was chosen because his "activities for public services and praise throughout the Asian region has earned him international influence", according to the games' organizing committee.

Jang Dong-gun, who is waiting for the release of his Hollywood debut "The Warrior's Way", is also aiming to captivate viewers from around the world. He has already proved his power within the Asian market, garnering fans thanks to his clean-cut image in dramas and commercials, and a wider range of fans will get to watch him working the big screen alongside top actors including Kate Bosworth and Geoffrey Rush.

The small screen in Japan will also see a handful of local actors: Kim Hyun-joong, Lee Min-ho and Park Yu-cheon. Kim's drama "Naughty Kiss", Lee's "Personal Interest" and Park's "Sungkyunkwan Scandal" will be aired from next March. "Naughty Kiss" has been sold to the Philippines, Hong Kong and Thailand, while "Interest" is scheduled to be aired in China, Singapore, Indonesia, Jordan, Mexico and even Turkey.

Rain's new television series "The Fugitive Plan B" will hopefully reach American fans as well, as the production company said that they are discussing specific details with their American counterparts. 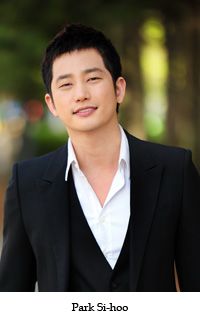 Actor Park Si-hoo has also managed to hop onto the hallyu wagon with his other fellow actors, thanks to his drama "Prosecutor Princess". Park toured five cities in Japan for fan meetings, with ongoing requests for more.

"The number of foreign fans in online fan clubs has seen a rapid increase, and we have been getting calls for fan meetings, autograph events and concerts. We are working hard to fit them all into his schedule", said his agency, Eyagi Entertainment.

Meanwhile, fellow actor Kang Ji-hwan has worked his way onto the musical scene, showing off both his acting and singing skills to his fans. Earlier this month, Kang wrapped up his role as a comical character in the local production "Caffeine", which was later sold to a Japanese musical production company. Unlike other stars who visit Japan for fan meetings, Kang decided to greet his fans and show his appreciation by working on a musical. He was the first Korean actor to perform at the Globe Tokyo theater.

Last but not least, doll-faced actor Jang Keun-suk also proved his star power on a special concert tour called "2010 Jang Keun-suk Japan Tour". For the finale, the concert will be aired live at some 30 movie theaters, drawing more than 10,000 fans from various cities in Japan.

The girls may have dominated the music scene, but between the cute skirts and fancy lyrics, the boys are continuing to surf on the wave as well, fully equipped with torches, microphones and dramas.

"[Hallyu] Move over girls, the boys are back!"
by HanCinema is licensed under a Creative Commons Attribution-Share Alike 3.0 Unported License.
Based on a work from this source