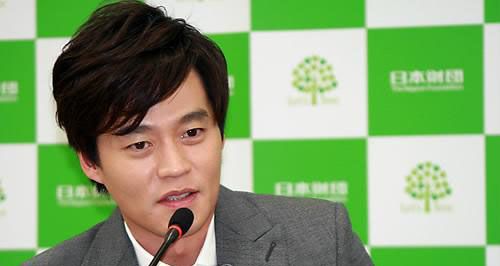 On January 14, Lee Seo-jin and the Foundation of Japan held a press conference in Japan to announce the launching of the environmental fund "Let's Tree", which they co-founded.

In the press conference, president Sasakawa of the Japan foundation, Jeon Young-sun of Color Pink Japan, and Yoon Hong-keun of Genesis as well as Lee Seo-jin attended.

President Sasakawa expressed appreciation for the generous deed by Lee Seo-jin, saying, "We will give him full support with our knowledge and experience".

Lee said, "I appreciate Japan Foundation's help on this project and I have a strong sense of responsibility towards the fund". He emphasized, "I have always thought that I will repay my fans' love one day because I have been loved by many people". 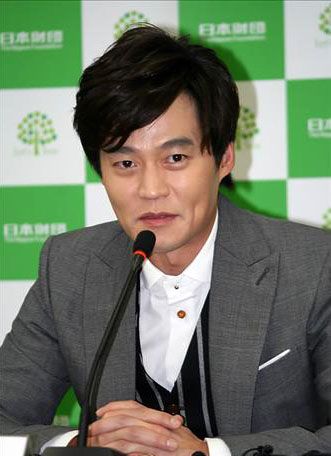 In addition, Lee said, "I am so glad that I can establish a fund for the environment, owing to many Japanese fans' love for Korean dramas".

Lee added he realized the importance of trees when he had been performing as house honorary ambassador for Korean Habitat.

The steering committee's Jeon Young-sun said, "I have considerable respect and admiration for [Lee's] activities towards the environmental fund". Jeon announced the environmental fund would hold a charity fashion show entitled "Fantasy Finale 2010" for fundraising on March 15 at NHK Hall in Tokyo.

In this charity fashion show, "Hanbok" (traditional Korean dress) designer Lee young-hee, will present the colorful and diverse beauty of "Hanbok" under the theme of "Clothes of Wind" from the Three Kingdom Period to the present age. The charity show is planning to invite Kim Yoon-ok, the wife of Korean president Lee Myung-bak, and Miyuki, the wife of Japanese Prime Minister Hatoyama, as well as top stars from Korean and Japan.

Meanwhile, the fund "Let's Tree" has plans to do diverse activities for the protection and improvement of the environment as follows: planting trees in Chinese and Mongolia for preventing desertification due to Asian dust, environmental education for youth, and nurturing leadership for the environmental movement.

To support the fund, Lee donated his entire guarantee from "Color Pink Magic BB cream" and "BBQ Chicken" to the fund. The "Genesis BBQ" also gave 5,000,000 yen to the fund and is scheduled to donate a portion of the total gross from "Lee Seo-jin's BBQ" Tokyo Ganda branch, which was produced by Lee.

"Hallyu Star Lee Seo-jin Establishes Environmental Fund"
by HanCinema is licensed under a Creative Commons Attribution-Share Alike 3.0 Unported License.
Based on a work from this source