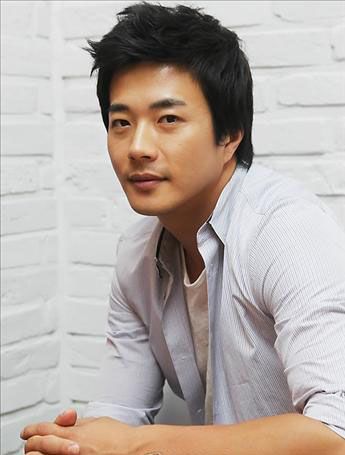 It has continuously been pointed out that Hallyu stars who are actively performing overseas rarely arrange performances and events for Korean fans.

Hallyu stars reportedly consistently neglect Korean fans and usually do not have much contact with fans in Korea; on the other hand, they have adopted friendly images to the public overseas by holding large-scale fan meetings and releasing photo and music albums.

Hallyu star kwon Sang-woo, who evoked criticism with a hit-and-run last month, has raised controversy because he delivered a message of apology on his official Japanese fan website before his Korean website. After the news on his hit-and-run was spread, he just made a brief apology in Korea on the following day, which was June 25, simply by using the press release that his agency had distributed, but he still had not personally expressed an apology officially in Korea for three weeks after the accident. On the contrary, his agency had urgently left apology messages on the board of his official website in Japan on the very next day, which was on June 25. There was another posting made by the agency on June 29 to apologize for the accident on the Japanese website.

When the fact that he already apologized personally in Japan became known in Korea, kwon Sang-woo posted his own written apology on his Internet fan café in Korea on July 21. A spokesperson for his agency explained, "It is the result of a misunderstanding. We just made the press release to the Japanese agency, which was distributed on June 25, so the Japanese agency just posted the notice along with the apology on the website". 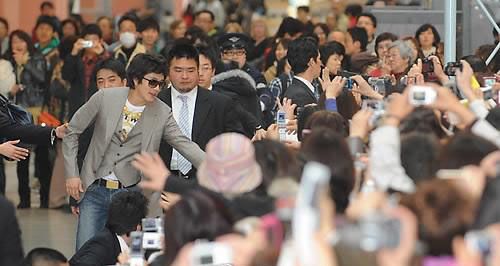 But criticisms were continuously raised on the Internet, such as, "He regards Japanese fans as the 'source of money', and regards Korean fans as the 'sitting duck'," and, "Why is he concerned about Japanese fans when he caused the hit-and-run in Korea?"

As Hallyu stars actively perform overseas, they can elevate the status of Korea, which is a positive result. Stars' activities have actually contributed in large portion to attracting Japanese tourists to Korea. The Korea Tourism Organization produced an advertising commercial with star actor Lee Byung-hun last March. But, as he has concentrated on overseas activities, he is also not free from the criticism that he lacks consideration for Korean fans.

Hallyu stars also have many Korean fans, but their fan meetings held in Korea are usually really events for foreign fans because the fan meetings themselves are mostly held as the part of tour packages, so in actuality Korean fans cannot participate in those events. Actor Lee Byung-hun invited around 1,500 fans from Japan and countries in Southeast Asia and held large-scale fan meeting on Jeju Island from July 9 until July 11. Korean fans were not the target audience, so they naturally felt disappointed about it. In addition, Korean fans rarely have the opportunity to see stars except in dramas, movies, or TV commercials, but stars hold fan meetings in Japan and Southeast countries very often.

Last December, actors Lee Byung-hun, Song Seung-heon, Won Bin, and Jang Dong-gun held a large fan meeting together in the Tokyo Dome in Japan. It is very difficult to see those four actors together in Korea, but they willingly flew to Tokyo to meet Japanese fans, and their fan meetings were held twice and ended with a flourish to the enthusiastic cheers of around 70,000 fans. 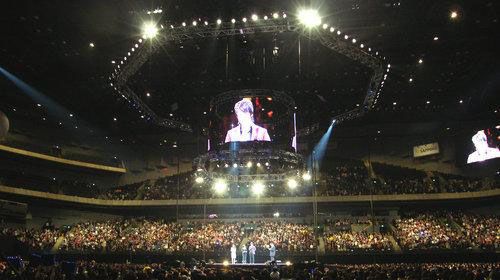 Star singers also tend to focus on overseas activities rather then performances in Korea. The truly pan-Asian star singer BoA performs in Japan for longer periods than Korea. Dong Bang Shin Ki also devoted themselves in activities in Japan after they advanced into the Japanese music industry. Korean fans often buy star singers' special albums and special photo exhibitions, which they have released overseas, from agencies who buy them from foreign countries and sell in Korea. In addition, fans basically support stars' overseas activities, but it is easy to find fans' comments on the stars' fan café sites expressing their disappointment. As stars advance overseas and become more focused on overseas activities, Koreans fans, who have actually made them stars in the first place, feel more neglect.

A person in the entertainment business said, "Overseas activities usually are so-called money-making opportunities, more so than here in Korea. More than that, to keep their popularity overseas, they have to have more chances to see their fans in foreign countries, so they cannot help focusing on overseas activities".

"Hallyu Stars Accused of Ignoring Korean Fans"
by HanCinema is licensed under a Creative Commons Attribution-Share Alike 3.0 Unported License.
Based on a work from this source