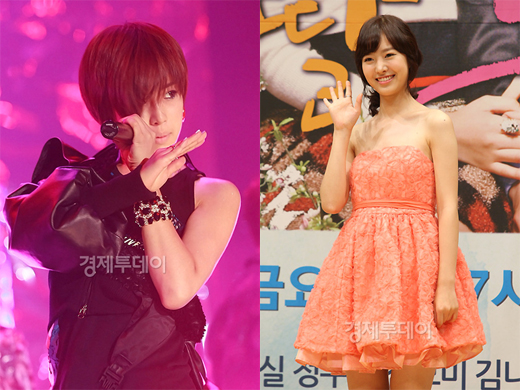 It's been confirmed that T-ara Ham Eun-jung will be stepping down from "Five Fingers".

The drama revealed through SBS that, "After long thought and debate, Ham Eun-jung will be stepping down from the drama due to 'current matters'. The replacement is still in process and hopefully a result can be made as soon as possible".

Ham Eun-jung suffered from a debate of having her taken out from the drama due to the T-ara matter and she's appeared at the press preview and expressed her strong opinion about starring in the drama. News of her stepping down and the production crew's 'current matters' are seemingly different.

Meanwhile, Jin Se-yeon is likely to become the next Hong Da-mi. According to officials of the drama, Jin Se-yeon will be joining them from the 23rd.

"Ham Eun-jung steps down from "Five Fingers" Jin Se-yeon likely"
by HanCinema is licensed under a Creative Commons Attribution-Share Alike 3.0 Unported License.
Based on a work from this source