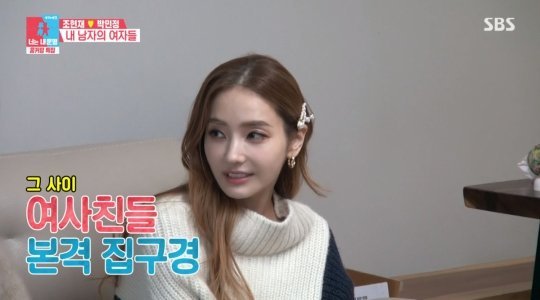 Actress Han Chae-young visited Jo Hyun-jae and Park Min-jung's house with Lee So-yeon on the latest episode of the SBS TV show "You Are My Destiny".

Park Min-jung said, "When were dating, Jo Hyun-jae told me he was going to meet a friend. Usually he tells me who he is meeting but that day he didn't. I didn't ask. Then I saw a picture on Han Chae-young's social media and felt upset".

Jo Hyun-jae said, "I didn't think you'd mind and I didn't tell you because I didn't want to worry you".

Jo Hyun-jae mentioned Han Chae-young's husband and asked, "Does he still reply your text messages within 1-2 minutes?" and Han Chae-young answered, "Of course. I rely on him a lot. He also tells me to cheer up when I'm upset".

Jo Hyun-jae continued, "Han Chae-young used to brag about her husband and told me to get married quickly".

He then asked her who her son looks like and she said, "I think they change as they grow. He looks like both of us but I say he looks like me".