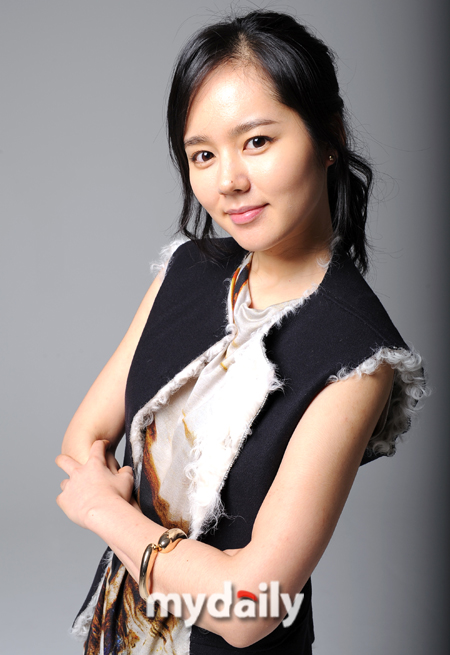 Actress Han Ga-in is attempting at her first historical of her life.

She has been cast as Yeon-woo, the main act in the upcoming MBC drama "The Sun and the Moon".

"The Sun and the Moon" is a fantasy romance historical about a King Lee Hwon (Kim Soo-hyun) and a woman, Yeon-woo who was crowned Princess but gets involved in unexpected events and has to live as an exorcist. While looking for Yeon-woo's lost memories, the love between three men around her will be shown dramatically.

Han Ga-in has been known for her goddess-like beauty ever since her debut and many of the original picture fans have supported her as the right actress for this mysterious role.

This is her first drama since "Bad Man" a year and six months ago. She chose the solidity of writer Jeong Eun-gwol, the collaboration of producer Kim Do-hoon from "Royal Family" and writer Jin Soo-wan and the complicated features of Yeon-woo's character as the reason why she chose to do this drama.

Her management said, "The main character of this drama is different from those we have seen so far with her complex attraction and unfortunate fate. Han Ga-in considered this project as her come back piece and was satisfied with the fact that she could extend her acting talents".

The management continued, "She chose "The Sun and the Moon" after careful consideration and Han Ga-in is excited about it. She is preparing for the drama with the idea that she will expand her acting spectrum and take a new leap".

Meanwhile, Han Ga-in is currently shooting the movie "Architectural Theory", a piece she's doing for the first time in 7 years.

"Han Ga-in chosen for main role in MBS "The Sun and The Moon""
by HanCinema is licensed under a Creative Commons Attribution-Share Alike 3.0 Unported License.
Based on a work from this source